In Pictures: Wilko’s still standing – but only just!

Posted on Tuesday 10 November 2020 by Gareth Prior

The demolition of the old Wilko’s store in Blackpool has been continuing over the past week and although excellent progress continues to be made in its removal there does still remain some of it in place but it can’t be many more weeks before the site is completed devoid of a building.

Of course, the reason why there has been so much coverage of the demolition of an old shop is because it is on the site of what will eventually be the site of the tram terminus for the long awaited Blackpool North Railway Station extension of the Blackpool Tramway. The main stumbling block in the opening of this extension (for which the track as far as the entrance to the shop is already in place) has been the Wilko’s store which was closed earlier this year at the end of its lease with the demolition commencing in September. The last timeline announced revealed it should be demolished by the end of 2020 with all work on the site – which also includes a new hotel complex – completed by 2022. 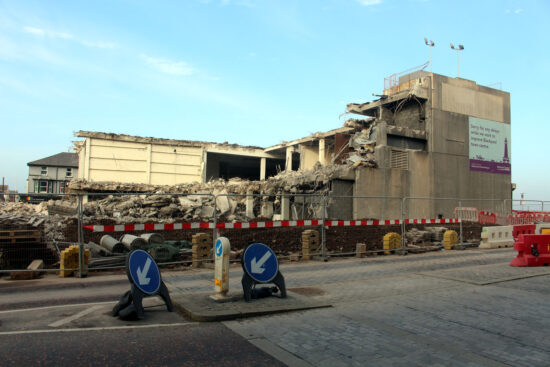 You just have to think how much further along Talbot Road you stand to take a photo of the remaining section to realise just how much of the building has now been removed. This is all of the building that remained on 7th November. 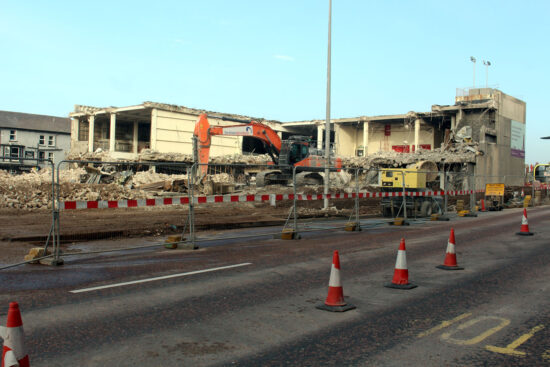 Another view of the remaining bit of the building as seen from the side. 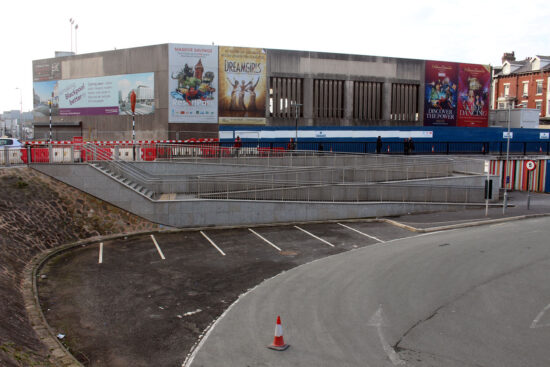 For many people over the past 42 years or so this has been the first thing they have seen when arriving in Blackpool – the Wilko’s building. All the adverts are still up on this section but they won’t be there long and the building will soon follow. 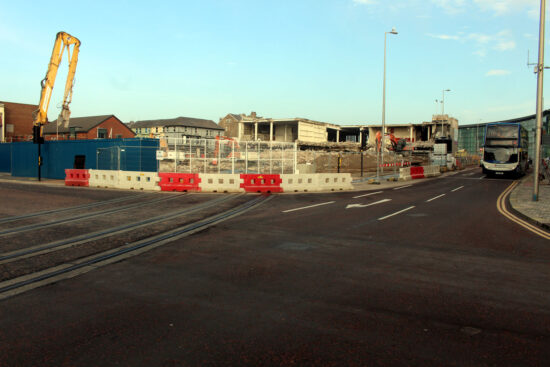 The scene as you look along the tram line as far as the tracks currently go. 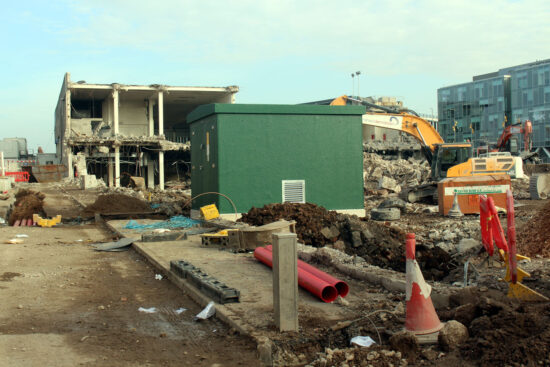 One more of the usual views which when compared with previous weeks shows the continued excellent progress on the demolition of the building. (All Photographs by Tony Armitage, 7th November 2020)