Posted on Wednesday 11 November 2020 by Gareth Prior

We are heading back to the northwest for this edition of “Still Standing” as we are off to the coast to take a look at another old tram depot still in use for transport today, albeit buses.

Crowlands Depot in Southport was the only depot purpose built for the electrification of the tramway system in the town, opening on 18th July 1900. It was originally a three track tram shed but in 1920 it was enlarged considerably following the closure of a second depot in Churchtown at the end of the 1910s. It would remain the sole tram depot in Southport until the end of tramway operation on the very last day of 1934. As we have seen several times in this series though, that wasn’t to be the last that the structure would be used to house public transport vehicles as it was then used for buses and has remained a bus garage ever since. It is now operated by Arriva. 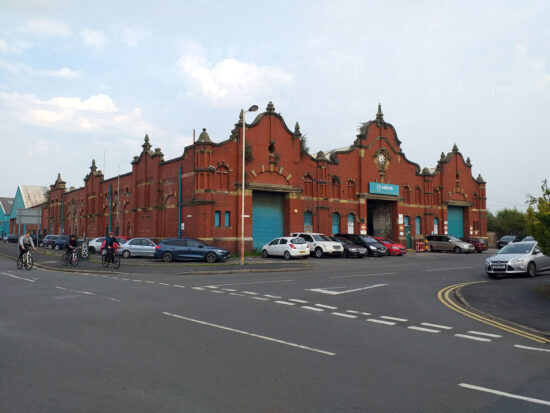 The ornate old tram depot is seen here with its use by Arriva now clear to see. (Photograph by John Hibbert, 10th August 2020)