2020 is the 135th anniversary of the opening of the Blackpool Tramway and the last weekend in September was due to be a big celebration of the tramway to mark the occasion with the familiar September Spectacular event due to take place. As we all know, the certain arrival of a global pandemic has put paid to a lot of plans for 2020 but despite a very much scaled down event, Blackpool Heritage Tram Tours were not to put off and a two-day event still took place which included the return to service of the Frigate and a six tram Procession.

Several other tours continued to run using these trams for the rest of the morning and early afternoon before the probable highlight of the day – the return to service of the Illuminated Frigate. The illuminated feature car had been out of action since the end of last year enjoying some much needed TLC in the workshops and this was its first passenger use since then and its first journey was the 1400 Coastal Tour with a healthy load of passengers having pre-booked for the chance to be the first on board the tram once more. After returning from Fleetwood it then operated the last tour of the day, the 1615 Promenade Tour.

In total 11 tours ran during the day, with each of Bolton 66, Boat 600 and Balloon 715 running three each (including one Coastal) and the Frigate two tours.

The evening would see the Frigate used again on Illumination Tours with it joined by Balloon 717 and the Trawler (which suffered a fault with its external illuminations just as it left depot).

The highlight of the second day was to be a Procession of trams running from Pleasure Beach to Little Bispham and back showcasing the evolution of the Blackpool tram over the years. Six trams were selected for this Procession with Standard 147 leading the way and followed by Boat 227, Balloon 701, Brush 621, Centenary 642 and Modified Balloon 707. Due to leave from Pleasure Beach at 1050, departure was slightly delayed but the trams were soon on their way along the Prom, including slow running in the vicinity of Tower to allow social distanced onlookers to get some good shots of the trams.

Once the six trams had posed on Little Bispham loop and returned to Pleasure Beach the afternoon saw all the trams run various Promenade and Coastal Tours. This included trips to Fleetwood for 147, 227, 701 and 707 with Brush 621 and Centenary 642 being confined to Promenade Tours. The final tour of the weekend saw Boat 227 depart from North Pier and Tower at 1600 with a Promenade Tour while Balloon 701 became the last of the daytime cars to return to Rigby Road Depot at around 1700.

Again, the evening saw Illumination Tours with the Frigate in use alongside Balloon 717.

There can be no denying that the event was not that which anyone had envisaged as happening when things were announced at the start of the year. But at a time when it would have been all too easy for the Heritage Tram Tours team to decide that it would be too difficult to run any type of event they should be applauded for putting on a varied selection of trams with the addition of the Procession seemingly proving popular with visitors. Yes, there have had to be allowances as a result of Covid-19 and the fact you have to currently pre-book all tours may put some people off but this allows for full social distancing to be in place and with the same friendly volunteer crews out and about on the trams what’s not to enjoy? 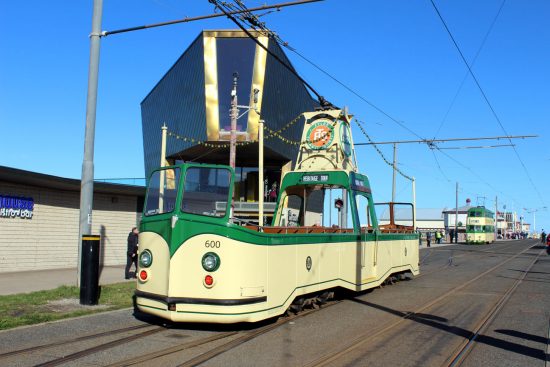 With Balloon 715 already at the North Pier and Tower heritage stop on 26th September, Boat 600 waits for the points to change to allow it to join it. 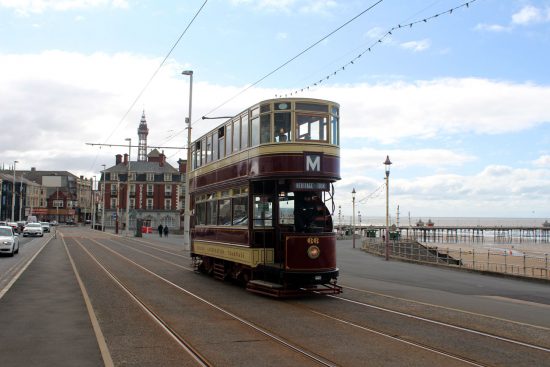 Bolton 66 was also out on Saturday 26th September and is seen here having just rounded the Metropole Hotel on its way north to Little Bispham with the 1230 Promenade Tour. 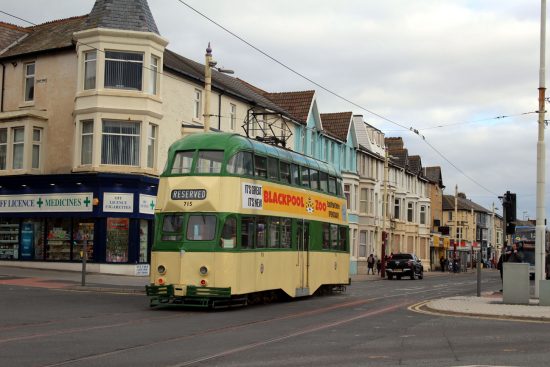 Balloon 715 heads back to depot having run its three heritage tours on 26th September. 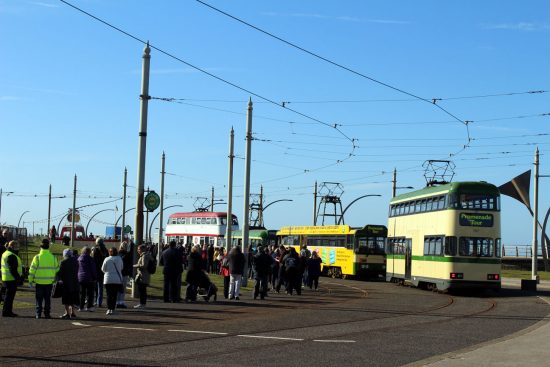 Sunday 27th September and the six tram procession is prepared on Pleasure Beach loop. This is the back of the queue of trams with Modified Balloon 707 closest to the camera and Centenary 642, Brush 621, Balloon 701 and Boat 227 also visible. The only missing tram in this view is Standard 147 which is out of sight to the left of 227. 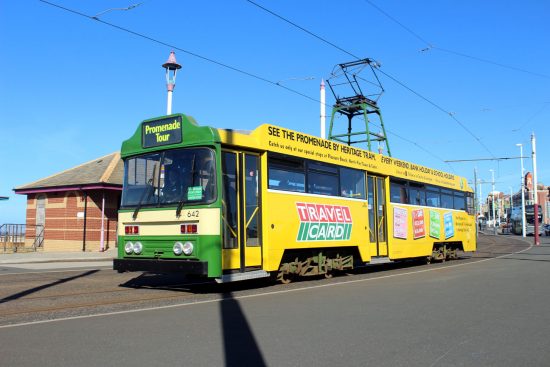 Centenary 642 is captured at Gynn Square on the return Procession trip. 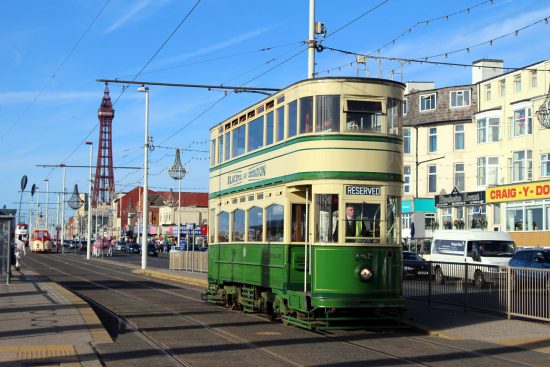 A convoy of trams at Manchester Square but this isn’t the Procession but the end of the day as Standard 147 returns to depot and Boat 227 and Balloon 701 head south to Pleasure with a Promenade Tour and Coastal Tour respectively. Once those two return to North Pier and Tower they too will return to depot. (All Photographs by Gareth Prior)