Posted on Sunday 27 September 2020 by Gareth Prior

Its time, once again, to take a look at a tram running during 2020 with the location on the Trafford Park line of Manchester Metrolink.

In recent years Pretty Little Thing.com have become one of the most prolific sponsors of trams in the UK with Stagecoach Supertram and then the Blackpool Tramway both having two trams running in the distinctive pink livery. Manchester Metrolink became the third tramway to receive adverts for the online clothing retailer in late 2019 with a design which saw some pink on the ends of the tram whilst a diagonal strip of yellow remained on the sides instead of the usual Metrolink advert style of the cab ends being kept completely clear of advert vinyls. 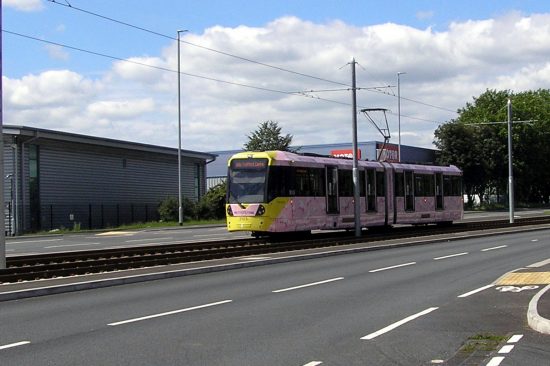