Posted on Sunday 27 September 2020 by Gareth Prior

Yes, its another of those articles as we take a look under the road surface to see what’s been lurking there for 60+ years! This time we head to Liverpool and find yet more tram track – plus the cobble setts which formed the old road surface – which has been uncovered during utility work.

The location of this latest discovery is on Warbreck Moor in Liverpool outside the Black Bull Pub where a fairly extensive area of the road is being dug up to allow work to take place. This had led to some long buried tracks – don’t forget it was 1957 that trams last ran in Liverpool – being found once more with the Council obviously at the time just putting the tarmac over the top of the rails and setts. 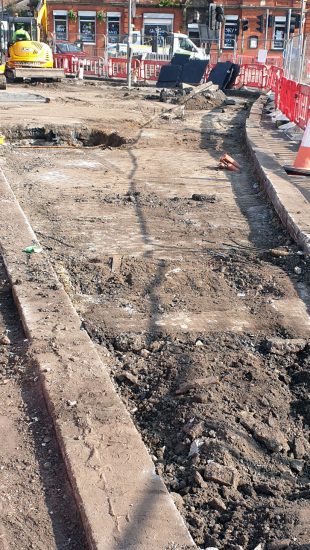 With the road surface being gradually removed some of the track is starting to become visible once more as seen in this general view. 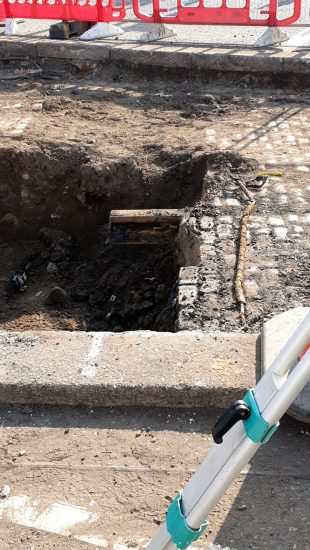 One of the old pieces of rail is seen coming out from the setts. 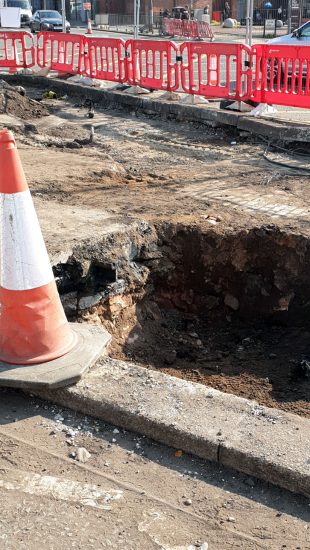 Another view of the worksite with more track seen just coming out by the large hole in the road. (All Photographs by Dave Jones, 22nd September 2020)