Posted on Tuesday 15 September 2020 by Gareth Prior

Its another trip to the Lancashire town of Darwen today for this latest edition of “Still Standing”. This time around we are concentrating on a few remaining tram rosettes.

During this series we have seen quite a few surviving rosettes on the side of buildings, which had been used during the days of first generation tramways to support the overhead wires rather than having to put poles in along the entire length of routes. And Darwen was no different as these photos show. 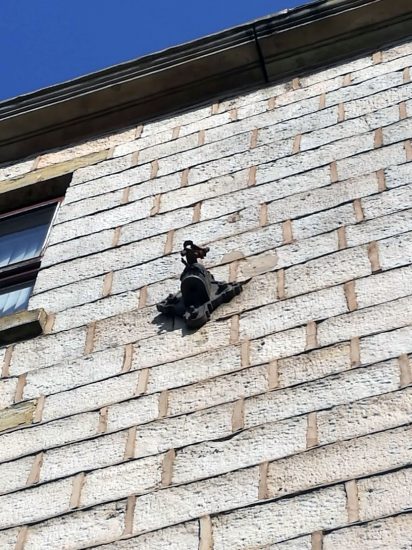 This rosette can be seen on the side of the Candy Box – this building is directly opposite the waiting shelters we have seen previously in this series. 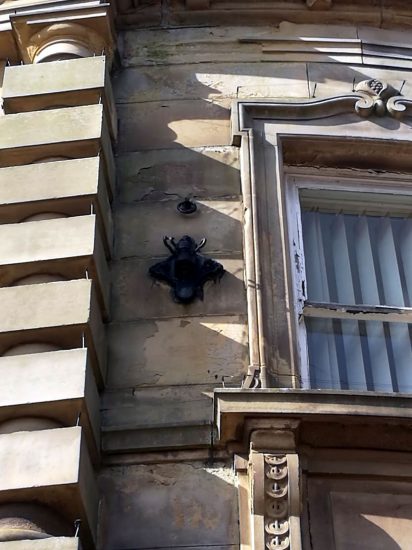 A second rosette in the vicinity is on the side of the former Natwest Bank. This is at the junction of Railway Road/Bolton Road/Bridge Street and would have supported the overhead for both the main lineand also the spur where the Hoddlesden trams terminated. (Both Photographs by Malcolm Bury)