Posted on Friday 11 September 2020 by Gareth Prior

And onwards we go as “Picture in Time” moves down to the East Anglia Transport Museum in Carlton Colville for the next few weeks. The subject of this edition is Blackpool Standard 159.

Today and we are used to seeing 159 in a fully lined out version of the 1930s Green and Cream livery style as seen on the Blackpool Tramway but in this image the tram is carrying a far plainer livery style. There is no lining at all on the tram with the top-deck also completely cream without a hint of green anywhere! When you are used to seeing a tram in a certain condition it is strange viewing a photo where it doesn’t quite “look right” but here we are! This photo was taken in 1974 and there also doesn’t seem to be a trolley in evidence. 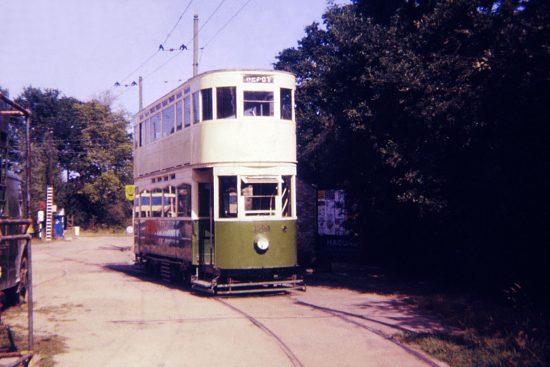