Posted on Thursday 10 September 2020 by Gareth Prior

But with 399 204 (which features part of 399 201) returning to service in January 2020 and a reduction in the tram-train service to only two an hour during the pandemic, having five of the seven strong class available for use on the service to Rotherham Parkgate was probably a little bit excessive and so 399 206 has now received the standard wheel profiles again. 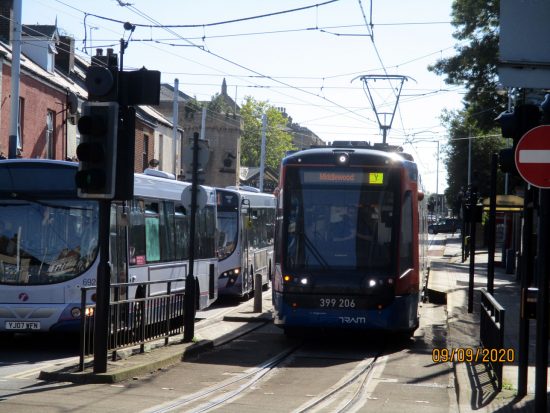 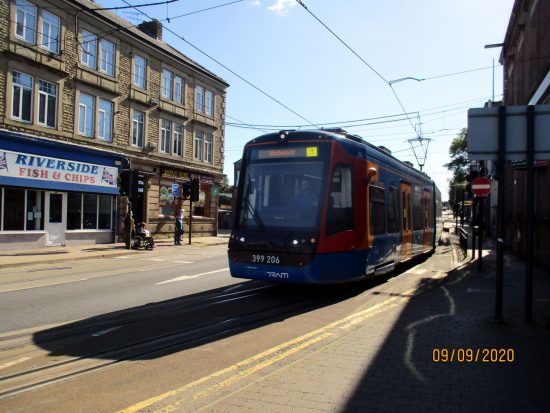 399 206 passes Hillsborough as it heads to Middlewood with a Yellow route service on its first day back in action as a tram instead of being a tram-train. (All Photographs by Stuart Cooke, 9th September 2020)