Posted on Saturday 12 September 2020 by Gareth Prior

We’ve touched upon it on these pages before but visible progress  can now be seen on the planned extension of the tramway at the East Anglia Transport Museum which will eventually see trams running into the recently acquired land adjacent to the current museum site.

The eventual plan is that the tramway will head through the gates where a short siding off the main tramway into the woods has been located and then run towards a new tram depot in the extra land. A fork in the tramway is planned so that it travels to both the left and right hand ends of the site – probably giving the most complex tramway in UK tram preservation!

There is a lot of work to go before the likes of Blackpool 159 and London Transport 1858 get to travel on this extension but this is the start of a project which will help to transform the museum. 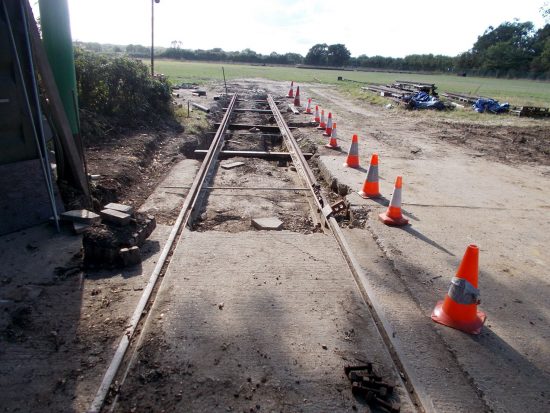 Looking away from the current museum site to the new field and the first section of track laid to extend beyond the siding can be seen. 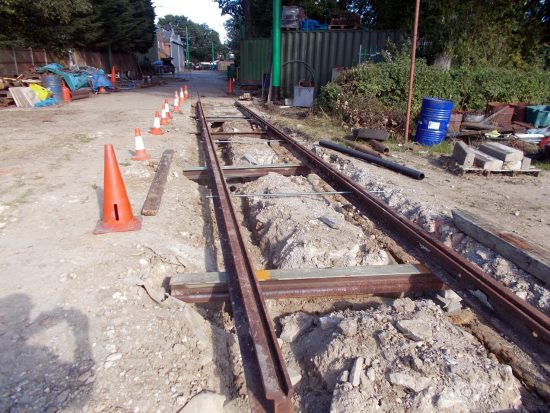 The same section of track looking the other back towards the current museum site. (Both Photographs by Tim Major, 9th September 2020)