Around the World in Trams: Innsbruck 1

Posted on Saturday 12 September 2020 by Gareth Prior

The next location for our “Around the World in Trams” series is Innsbruck in Austria and we start off with a historic tram in action.

Taken on 27th June 2015 at the Central tram stop close to the railway station this image shows no. 1 which is now considered a museum car and runs a special service when the tramway museum is open (in 2019 this was on Saturdays between May and October as well as a special Christmas tram). 1909 built 4-axle motor car 1 is often used on this service as seen here. It originally ran in Innsbruck until 1974 when it was transferred to the tram museum in Graz and then returned home in 2000. 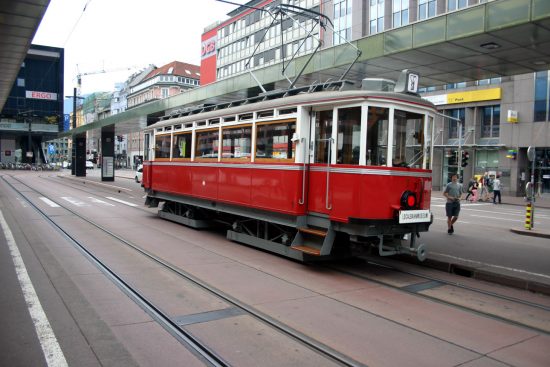 2 Responses to Around the World in Trams: Innsbruck 1