Posted on Wednesday 9 September 2020 by Gareth Prior

Our modern tram version of “Picture in Time” this week moves across the Midlands from West to East as we head to Nottingham.

The below image is a fairly recent image, having been taken on 6th August 2016, and shows one of the original Bombardier Incentro trams – 209 – in service when working through to Hucknall. Captured at Nottingham Station at this time the tram was carrying this lime green livery which was used for various internal Nottingham Express Transit promotions such as ticketing offers and special events taking place across the area for which the tram was ideally placed to be used. It would appear that at the time this photo was captured 209 had  had some form of collision as one front panel section had been replaced with one in the standard NET silver livery colour scheme. 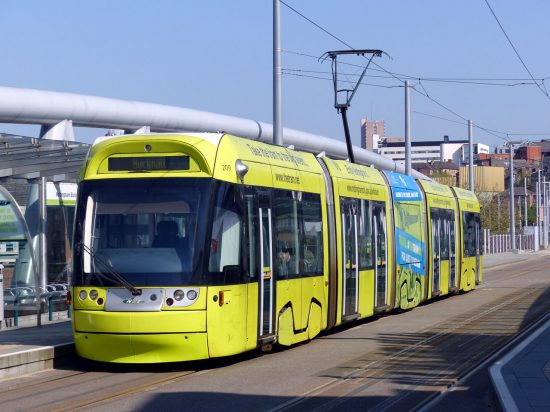