Posted on Wednesday 2 September 2020 by Gareth Prior

Before we warm up and get out of the snow this week we have one final image from Midland Metro.

This time we are at Trinity Way where we see T69 08 on 22nd March 2013. As with the previous image the tram is pulling into the stop but its final destination is not known as the destination blind has been turned to none two useful Travel Midland Metro (yes we’d like to but don’t where this tram is going!). There has obviously been some recent snowfall as the front of the tram has residue which has also been picked up as it has sped along the line. 08 is heading south towards Birmingham in this view. It is in the original fleet livery and 08 was another of those T69s which made it into their last year of running in 2015. 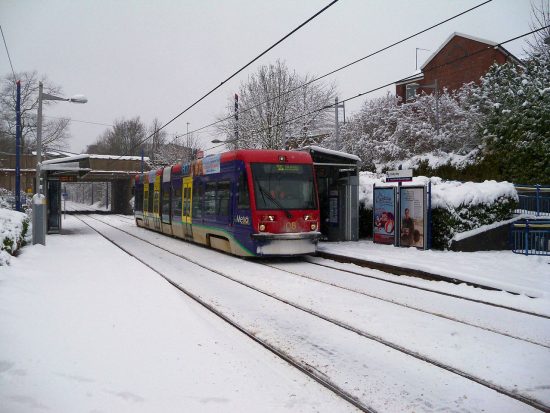