Around the World in Trams: Amsterdam 787

Today we are again in Amsterdam for a view taken during March 1988 of another tram which has since been scrapped.

LHB 9G tram no. 787 is seen here being used for Driver Training – on route “L”! – during March 1988. This is one of 25 of this type of tram introduced into service in Amsterdam in the period 1979-1980 with this particular example being used for the first time in September 1979. A three section articulated tram it is seen in a yellow livery here. None of this class remain in service today with a number sold on to Sarajevo in 2009. This particular tram was scrapped in June 2016. 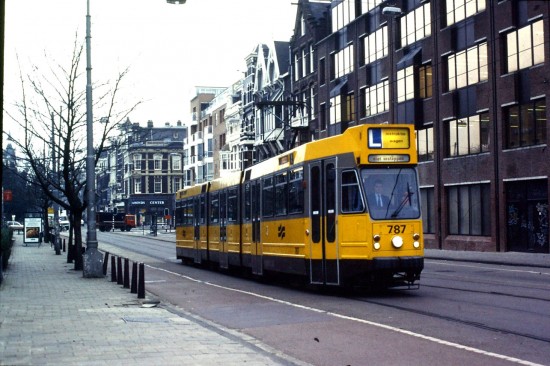