As we continue our series which shows that photography doesn’t always go right we are again in Devon for another view from the Seaton Tramway.

We have previously featured Seaton 10 in this series, indeed it was on the same date and same location too! Obviously not a great few minutes of photography! The date is 25th October 2008 and this is Riverside loop with the depot in the background. As part of the End of Season Gala, behind the scenes tours of the depot were offered which necessitating catching a tram from Seaton to here where you could alight and were then walked to the depot. Before this could happen 10 had to pass so a quick shot was had. But the shutter was pressed too early and the Stop sign is in the way and blocks the rear of the tram. Ah, never mind, better luck next time! 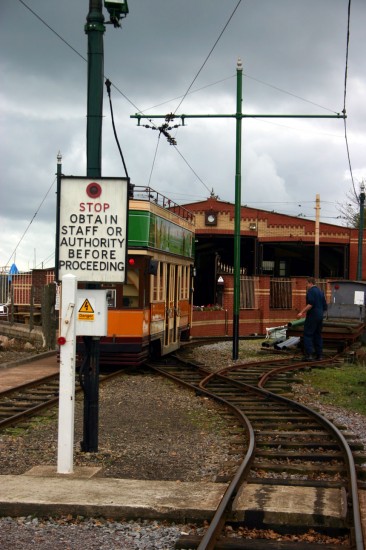