In this latest “Lockdown Walk” we are heading to the Coast, Tynemouth to be precise on the Tyne and Wear Metro.

Tynemouth Station originally became part of the Tyne and Wear Metro network when the system opened in August 1980 and at that time was a terminus for services from Haymarket. It became a through station in November 1982 with the line being extended through to St James. The station itself actually consists of a Grade II* listed building built for the North Eastern Railway back in 1882. One interesting fact is that the station didn’t close between British Rail services and the Metro opening as the bay platforms at the south end of the station were used for a service to Newcastle via Wallsend right up until the day before the Metro opened! 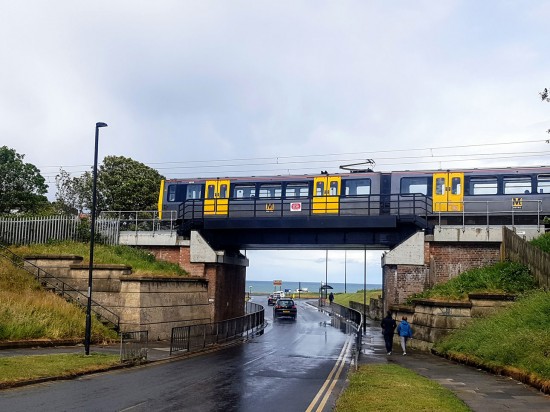 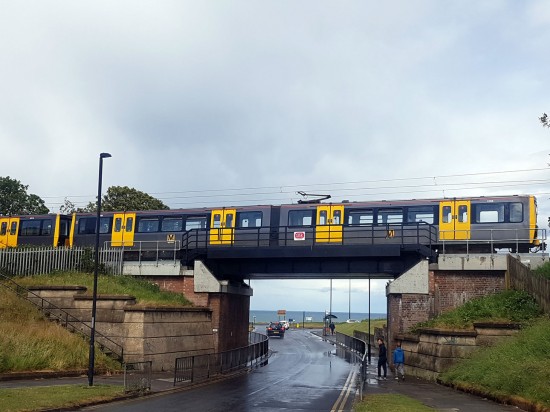 Looking towards the North Sea and after a period of rain we see 4016+4088 crossing the recently replaced bridge over Beach Road in Tynemouth as they head towards Cullercoats and Whitley Bay. (Both Photographs by David Maxwell, 5th June 2020)