Whatever Happened To? Blackpool Standard 147

Posted on Wednesday 22 April 2020 by Gareth Prior

Over the final weekend of the traditional Blackpool Tramway on 5th and 6th November 2011 29 different trams (or 32 if you take the trailers of the Twin Cars and Western Train to be separate trams) operated in service, either public or special enthusiast tours. In this series we will be taking a look at “Whatever Happened To” each of these trams, and although the answer to most is that they stayed in Blackpool and are still in service there is actually a variety of different paths the trams have followed in the over eight years that have followed. For the record 16 are currently operational in Blackpool, one is operational elsewhere, one has been scrapped and they can be found in five different locations. We will take a look at each tram in numerical order starting off with Standard 147.

Standard 147 operated an afternoon/evening tour for the Lancastrian Transport Trust on Saturday 5th November (Balloon 715 was also used on this tour) and this would prove to be its final use on the traditional Blackpool Tramway as it as not to be used the following day.

Of course, that is not where 147’s story ends as it has remained a regular sight on Heritage Tram Tours. It also spent 2016 on loan at Beamish (in a swap deal which saw Marton 31 head to Blackpool) and would spent 2017 out of service undergoing a refresh in the workshops but returned to action in 2018 and has remained active since. 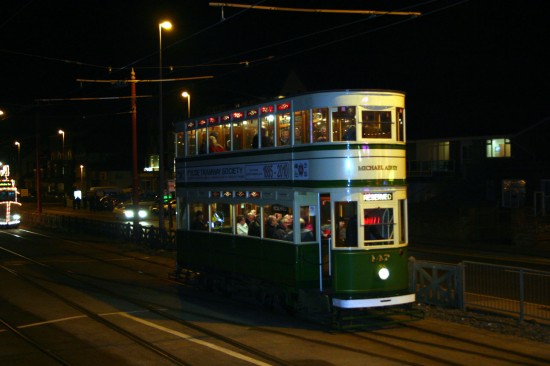 5th November 2011 and the last use for 147 on the traditional tramway was a Private Hire for the Lancastrian Transport Trust. This view shows it after dark heading south through Bispham with the Illuminated Frigate in pursuit. 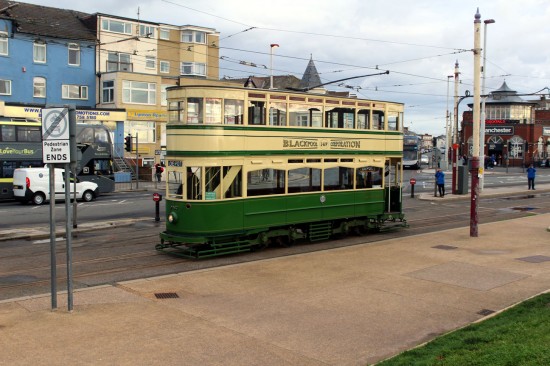 In this view we see 147 on 29th September 2019 as it heads towards the crossover at Foxhall to return to depot. The refresh it had received during 2017 saw the Blackpool Corporation legend applied to the between deck area and its Michael Airey name has been relocated to alongside the entrance. (Both Photographs by Gareth Prior)