As we’ve already reported a few times the main winter closure maintenance job at the Crich Tramway Village is relaying of the double track between Victoria Park and the single line staff heading in the direction of Wakebridge and as Christmas approaches good progress is being on the northbound track as seen in the below photos courtesy of Keith Chadbourne.

So far, the old northbound track and sleepers have been removed with the trackbed also attended to and work has now switched to the relaying stage. New sleepers have been put down and the new track is also being laid as excellent progress is made on this major project.

The “Sponsor a Sleeper” campaign is also still open where you can donate £100 towards the new sleepers (500 sponsorships available) and in return you get a section of 1st generation BS2 profile rail that is being removed from the line during this work. This rail is a part of history itself as it was put in place in 1966 when the line was first extended to Wakebridge. Find out more on how you can sponsor a sleeper on the Crich Tramway Village website. 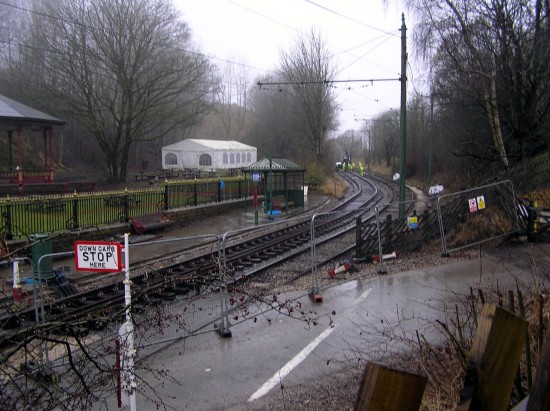 Looking north from the slope leading to the entrance building this is the view with the northbound track (on the left) being relaid whilst the old southbound track remains in situ. 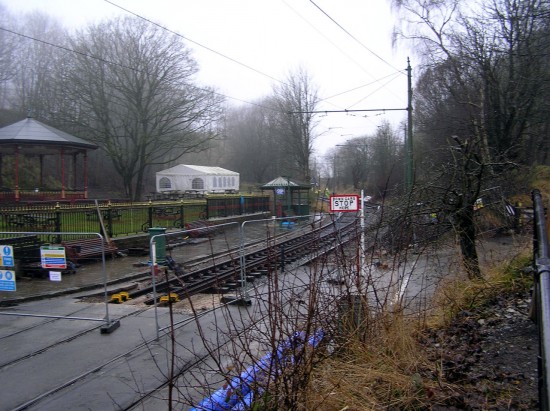 Closer to ground level and we can see the new sleepers and track in place on the northbound track. (Both Photographs by Keith Chadbourne, 20th December 2019)