We’ve become rather Blackpool biased in this series as the fourth day in a row we feature a tram from that system, but this time we are actually back in Blackpool and feature one of the more popular heritage vehicles, Balloon 715.

Owned by the Fylde Transport Trust, 715 is on long term loan to the heritage fleet in Blackpool and in early 2019 underwent some workshop attention which saw a minor paint touch-up changing the livery from the 1990s to the 1970s whilst also getting some period between deck adverts.

715’s first use in its new look was for a Ghost Tram tour on 24th May and that is when we see the tram standing at North Pier/Tower heritage stop awaiting departure. This side of the tram features a Blackpool Zoo advert. 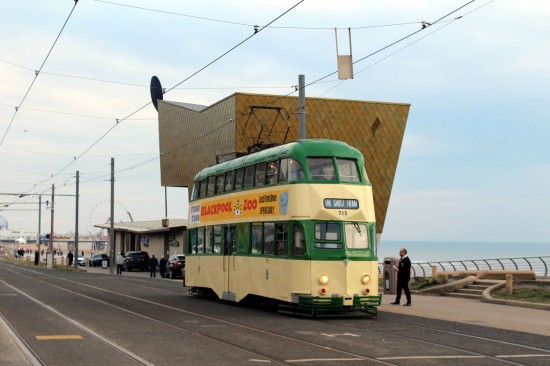 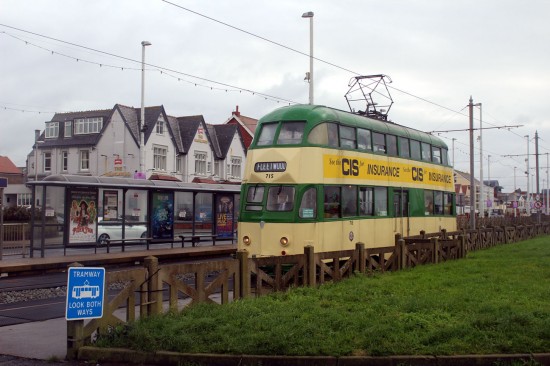