Posted on Saturday 2 November 2019 by Gareth Prior

Today we continue our look at the sights seen during the 30th anniversary Depot Open Day on the Tyne and Wear Metro.

As per the last two weeks the train we feature today is carrying the Red and Yellow livery which had been applied to the unit during its mid 1990s refurbishment. This is 4037 which can be seen in the sidings outside of the main shed at South Gosforth with this view showing off the shape of the Metro Cars to good effect, a product very much of their time. The 88 production Metro Cars were built by Metro Cammell, Birmingham over a three year period between 1978 and 1981. 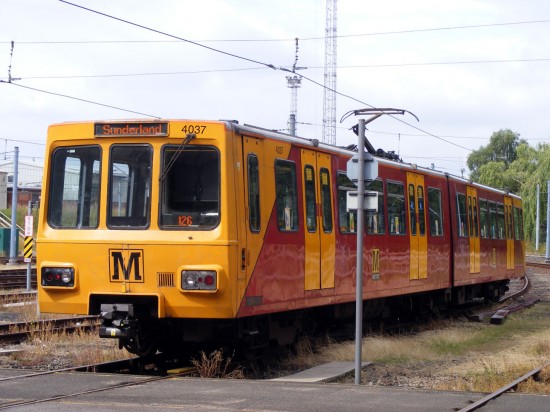