264’s period of time in standard fleet livery with no adverts didn’t last for long as barely a week after it was noted in this condition it has now received vinyls for American Express. Of note is that the application of this advert comes in the month where it is expected that American Express will be accepted at ticket machines on the network, at the same time as the minimum fare when paying by card is abolished.

The advert itself is, as always, in the traditional Edinburgh Trams style with sections three and five of the tram having full height ads and the remainder of the tram just featuring the above window adverts. A dark blue colour is used with the advert encouraging everyone that they can use their American Express on Princes Street, Murrayfield or the Gyle Centre.

Meanwhile, it has been confirmed that the previous £3.00 minimum fare when using a card to pay for tram tickets will be scrapped this month after extensive passenger feedback. With the lowest fare on the network costing £1.70 it was feared that the minimum card payment was putting off some from using the tram when they didn’t want to pay using cash but this will now be a thing of the past with cards – including American Express now – able to be used for any fare.

Quoted in the Edinburgh Evening News, Lea Harrison, Edinburgh Trams Managing Director, said: “The £3 minimum spend on Edinburgh Trams is currently in the process of being removed. After listening to our customers’ feedback and working with our suppliers we have put the wheels in motion and anticipate that the change will be implemented by September. Along with this we are pleased to announce that we will also be accepting payments using American Express within similar time-scales.” 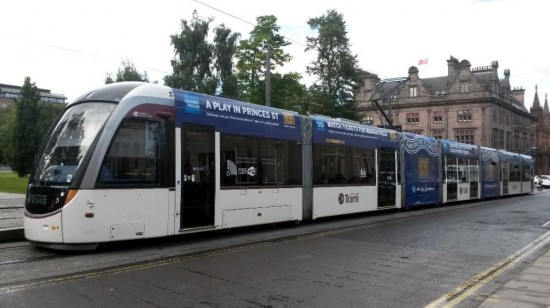 264 in St Andrew Square showing off its new advert for American Express. 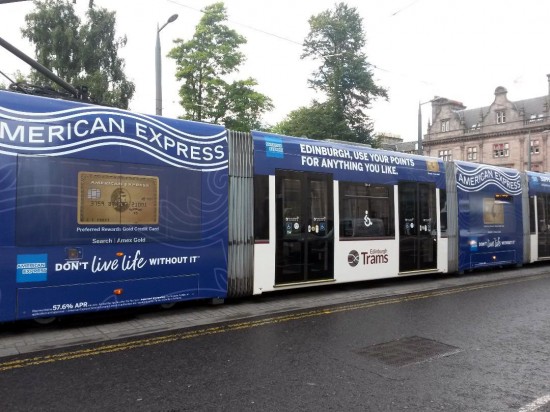 A closer look at the advert with the central sections seen here with their identical vinyls. 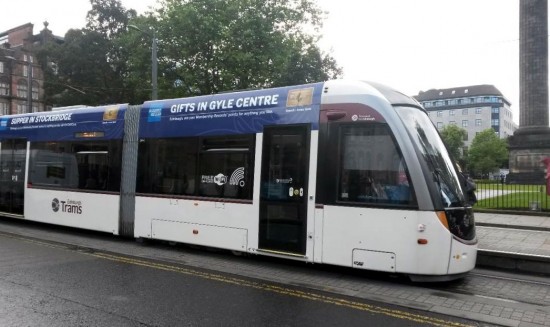 Use your American Express for gifts in the Gyle Centre or supper in Stockbridge! (All Photographs by John Hampton, 4th September 2019)