The next part of the West Midlands Metro system which will open will be phase one of the Birmingham Westside extension which will travel from the current Grand Central terminus to Centenary Square via Victoria Square. New stops will be provided at both of the Squares although work on the construction of these doesn’t appear to have yet got underway. What is underway though is the laying of track from the former end of the line in Stephenson Street up the steep incline of Pinfold Street and into Victoria Square. The following images show the current state of affairs on the extension which is due to open at the end of 2019. 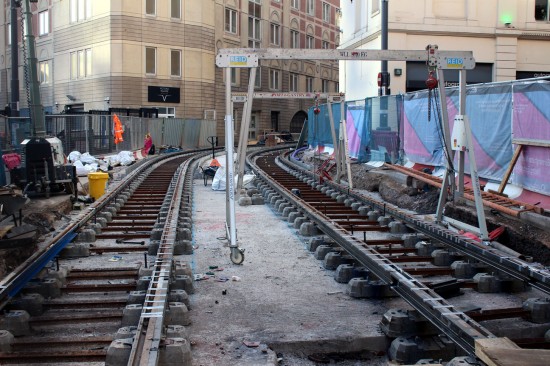 This is the scene at the end of Stephenson Street where track is being laid leading towards Pinfold Street. The new road surface has yet to be put in place here. 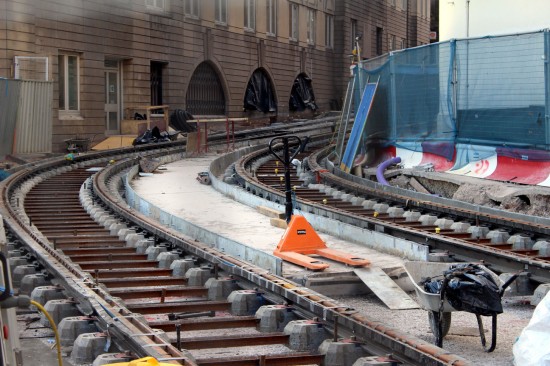 Further along the line as it curves round through Stephenson Street to Pinfold Street. The narrowness of the road here is clear to see with no room for anything but the tracks. 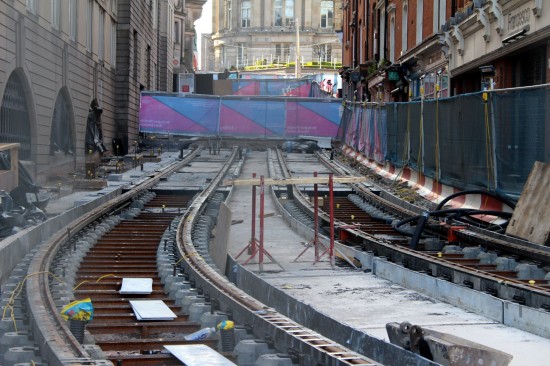 Pinfold Street itself with track in place. 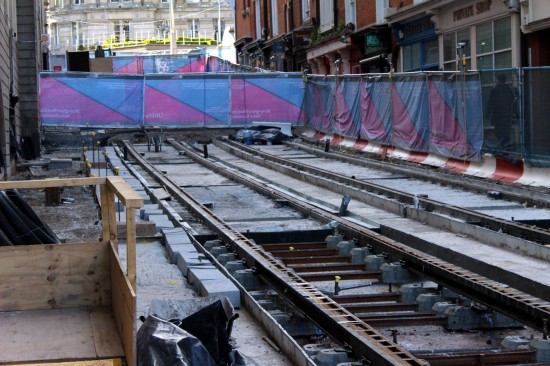 Looking up Pinfold Street towards Victoria Square. Within the next eight months we should see trams running here. 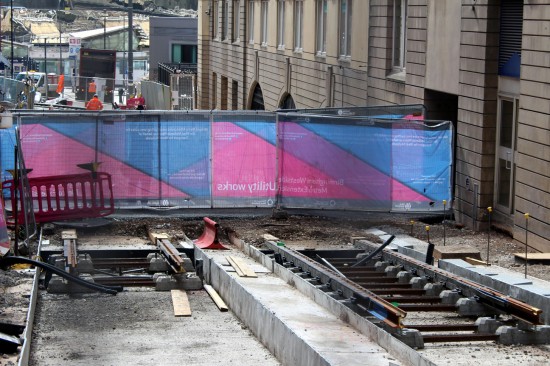 Looking back down Pinfold Street towards New Street station. The track stops here with further progress expected in the coming months. 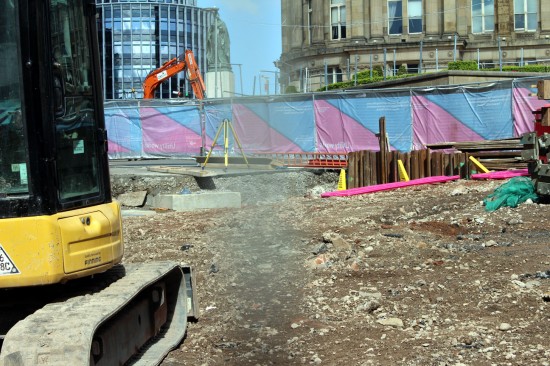 This is in Victoria Square where in this location there is no track yet but preparation work is well underway. (All Photographs by Gareth Prior, 4th May 2019)