In Pictures: Western Train out and about for latest Blackpool Gold weekend

In recent years a tram not often seen in use for public tours outside of the illumination period is the Western Train but on Saturday 4th May – as part of the latest Blackpool Gold heritage timetable – the tram was in use, initially on a Private Hire for the Fylde Tramway Society and then a couple of public trips. With seven other heritage trams also in action on this day (Balloon 713 was a temporary replacement for Boat 227 in the morning but the open car did run in the afternoon) there was plenty for both enthusiasts and the general public although passenger loading were a little sparse, possibly not helped by the Fylde Tramway Society convention weekend. Trevor Hall captured the following photos. 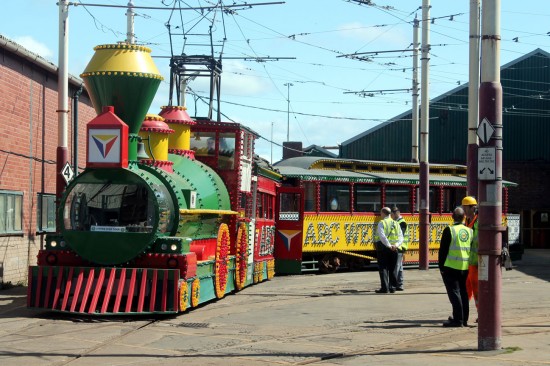 The Western Train waits on the depot fan at Rigby Road ahead of departure for its private trip on behalf of the Fylde Tramway Society. 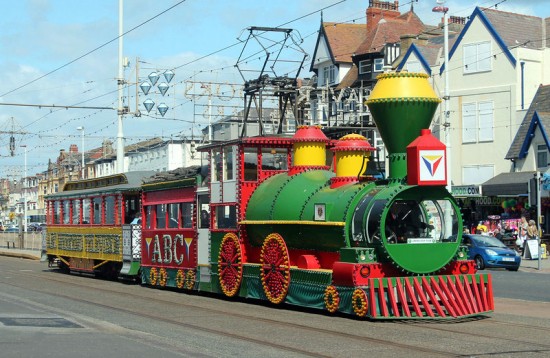 The tram heads towards the Pleasure Beach making for an unusual sight in the daylight. 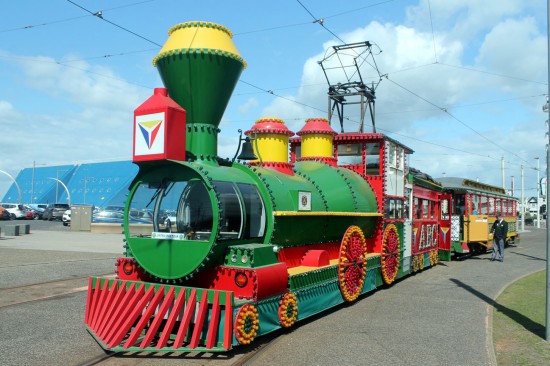 The Train waits out time on Pleasure Beach loop. 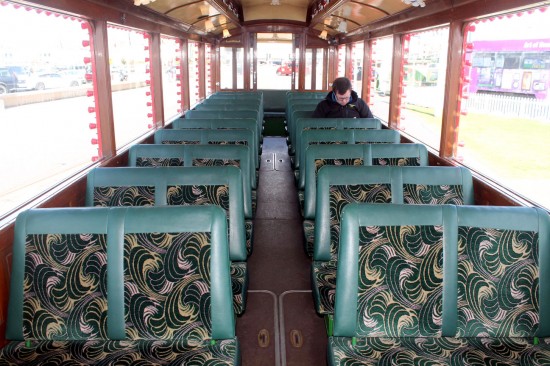 The almost empty interior of the Western Train carriage, 734, as it stands at Pleasure Beach. 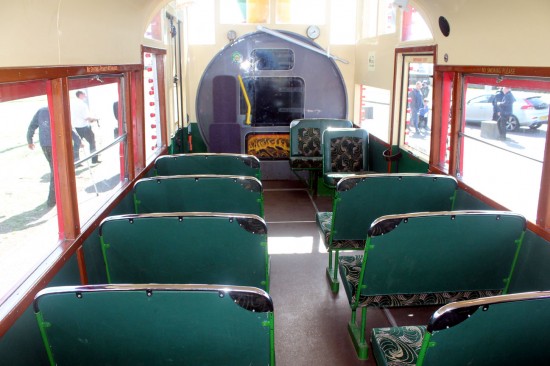 And the saloon of the Western Train Locomotive, 733. For those unfamiliar of the layout of this tram the driver accessing the cab by going through the firebox. (All Photographs by Trevor Hall, 4th May 2019)