In Pictures: Seaton Tramway over Easter

The Seaton Tramway is once again open with services now every day until 3rd November in the year that the tramway will celebrates its 49th anniversary of running in Devon. Following on from last winter when a lot of attention was turned towards the construction of the new terminus at Seaton the off-season this time around has been much quieter although there has been some tree cutting along the embankment which has not only improved sightlines for drivers but also opened up some new vistas not previously available. In this article Keith Chadbourne provides us with some images of the trams in action over the Easter holiday period including the Seaton Pearl, aka no. 4. 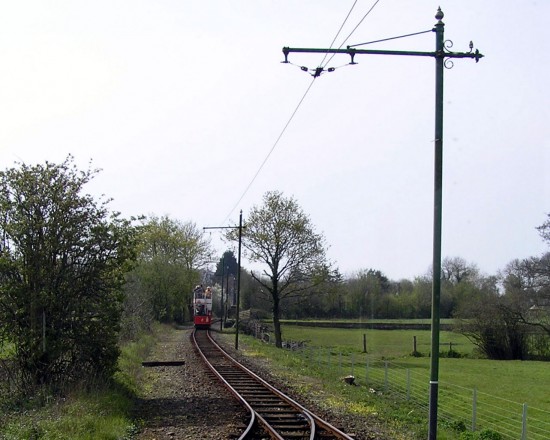 Work on tree cutting has taken place on the west side of the track from before Tye Lane loop to Cownhayne loop. In this image we see 2 approaching Tye Lane loop.

10 approaches Colyford as it crosses the road with a service back to Seaton. 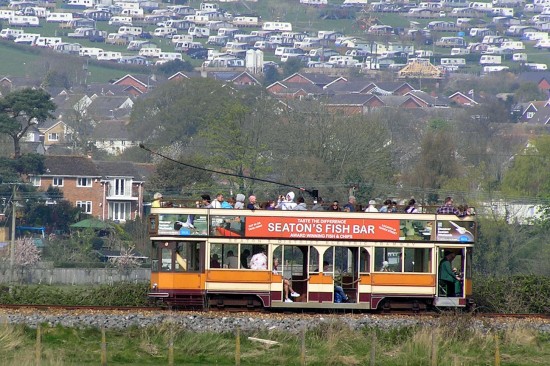 Another shot of 10 as it heads towards Axmouth loop. Judging by the caravan park on the hill Seaton was the place to be! 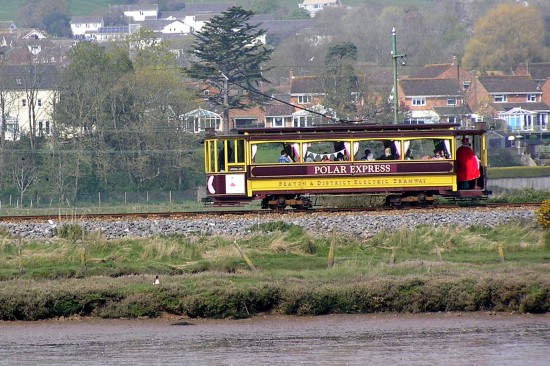 16 was in use as the Fairy Tram with driver suitably dressed as it heads towards Axmouth loop. The tram retains Polar Express branding from the pre-Christmas trips. 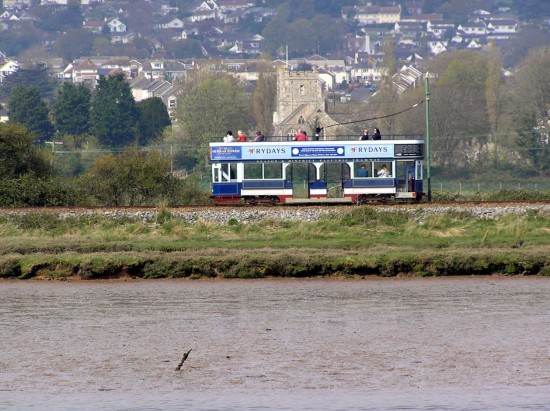 9 operates a service towards Riverside Depot and then Seaton. 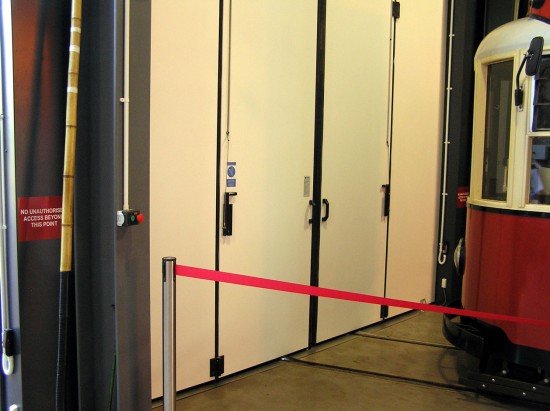 As part of the design of the new Seaton terminus it was the plan that some trams could be kept there overnight and that is exactly what is happening in this view which shows 12 locked inside. 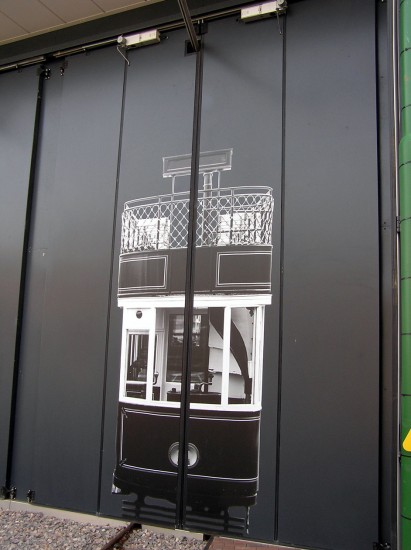 Not previously featured closed on these pages are the new doors of the Seaton terminus which include images of tram no. 8. 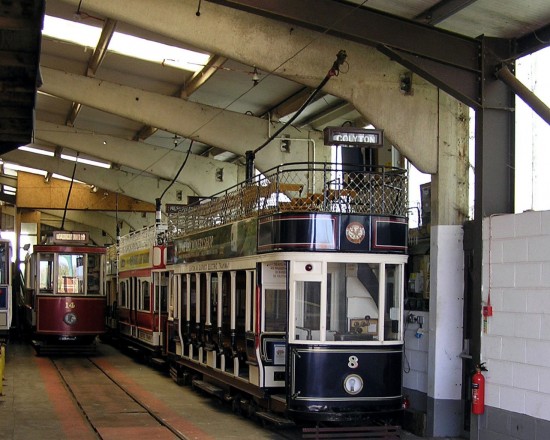 Inside Riverside Depot where 8, 14, 2 and 6 all await their next duty. 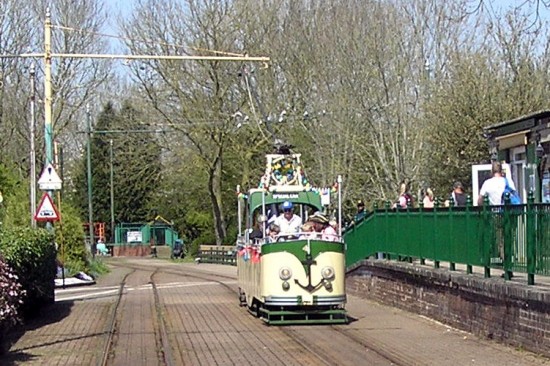 Very rarely used is the Blackpool Boat style tram, no. 4. But it is the tram of choice for the Pirate Tram – aka Seaton Pearl – and is seen here on one such occasion as it just heads away from Colyton. 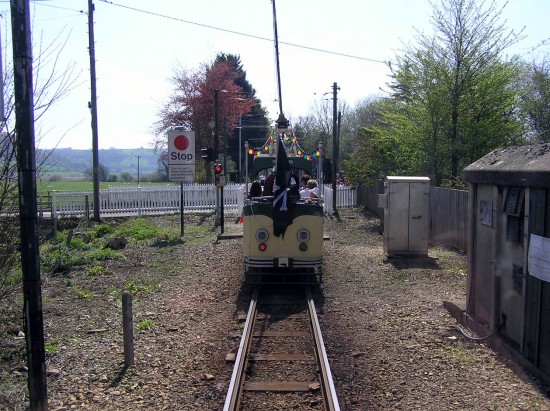 Another view of 4 as it waits at the lights to cross the main road into Colyford. (All Photographs by Keith Chadbourne)