In Pictures: Parallel run gets Rush Hour on the Railways off and running

Now firmly part of the special events calendar on the Isle of Man, Rush Hour on the Railways is a four day event taking place over the long Easter weekend with plenty to see and do across the island’s heritage railway, of course including the Manx Electric Railway. The very first event on Friday 19th April saw Tunnel Car 9 run in parallel with the 0940 timetabled departure between Derby Castle and Laxey with barely a cloud in the sky. David Maxwell provides the following photos for us. 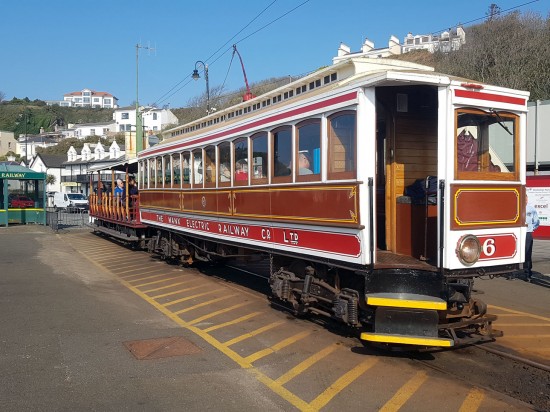 The 0940 Derby Castle to Ramsey was in the hands of Tunnel Car 6 and trailer 51 and the pair are seen here awaiting departure from the southern terminus of the MER. Note also in the background the lack of Strathallan Depot for the horse trams. 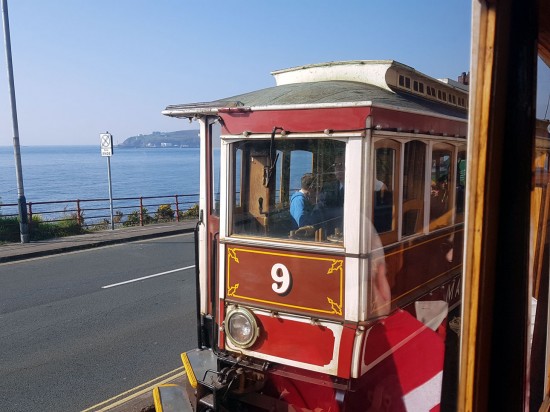 Taken from on board 6 we see 9 running wrong track alongside. 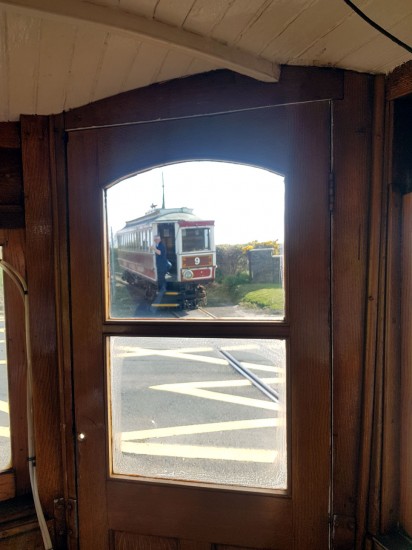 And through the squarish window is…Tunnel Car 9 again, now ahead of the service car. 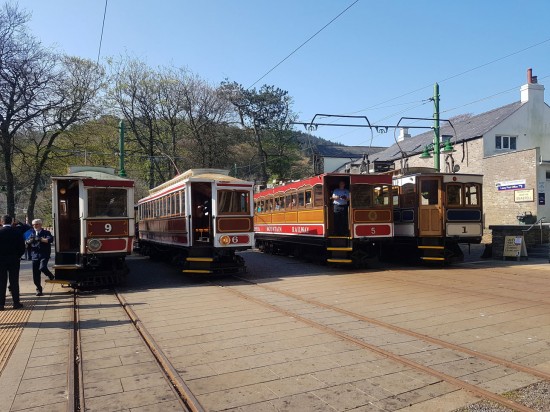 After arrival at Laxey 9 and 6+51 stand on the MER tracks with Snaefell Mountain Railway pair 5 and 1 alongside. 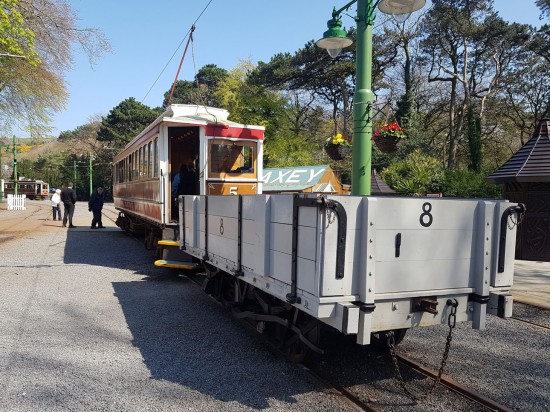 Day one of the event also saw wagons on service. In this view we see Wagon 8 with Tunnel Car 5 at Laxey. 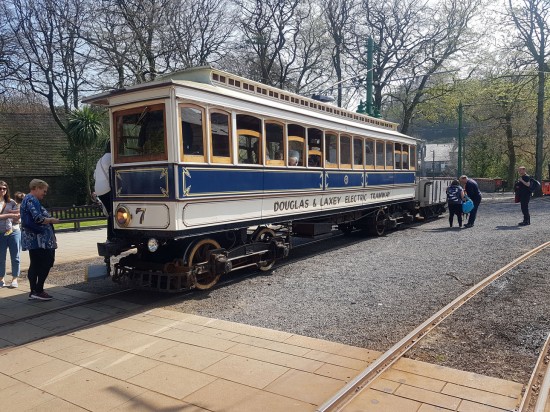 Whilst fellow Tunnel Car 7 was partnered with Wagon 10. Again Laxey is the location. 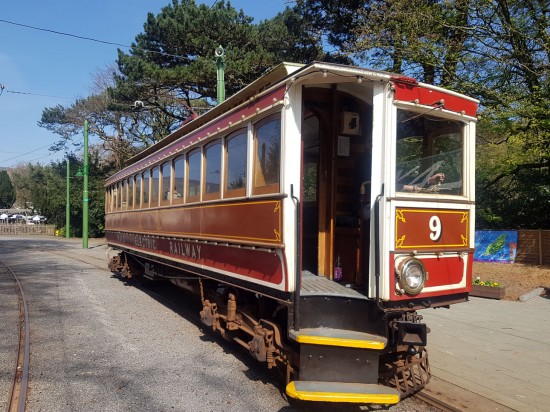 After its parallel run 9 was then used for Motorman Taster lessons. 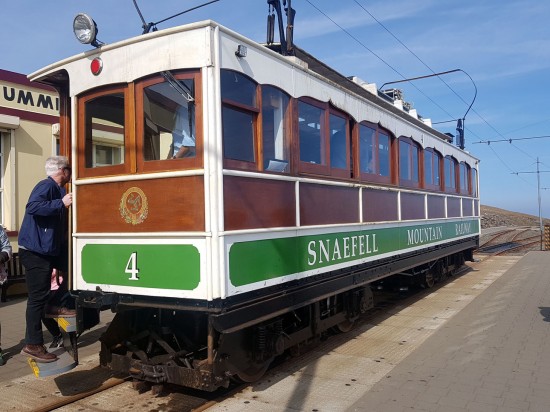 Up at the summit of Snaefell and unique liveried no. 4 is seen waiting to head back to Laxey. (All Photographs by David Maxwell, 19th April 2019)