In Pictures: Tamper at Meadowhall Interchange

Posted on Saturday 20 April 2019 by Gareth Prior

Over the past few weeks – on and off – a Tamper has been stabled in the spare platform at Meadowhall Interchange (with one platform all that is really needed since the Purple route was permanently curtailed in Sheffield City Centre). It is not known whether the Tamper has actually been used on the Supertram network but it has been on Supertram metals which makes it newsworthy for this website! Andrew Nolan captured the below image. 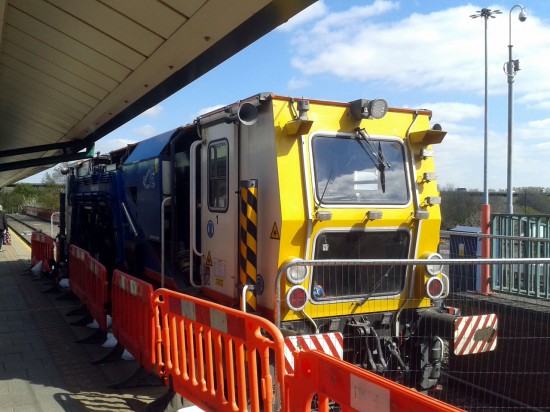