Around the World in Trams: Rotterdam 831

We head to the Netherlands for this final look at trams from around the world this year with the city of Rotterdam the subject of our attention.

A standard gauge system the Rotterdam tramway is now 121 miles in length with electric trams having run since 1905 (horse trams ran as early as 1879 in the city). There are nine routes which operate on a regular basis plus an additional three seasonal lines, including a historic route which runs in the summer only.

This photo is taken at Willinsplein and shows a tram working on route 5 to Schiebrook on 25th August 1990. The tram is no. 831 and is one of a batch of ZGT6’s built by Duewag in 1986, it was withdrawn from service in Rotterdam in 2009. 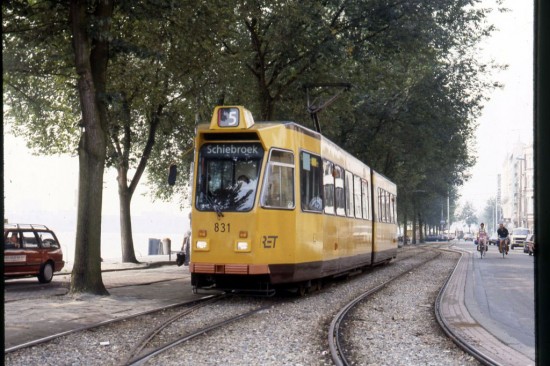