Posted on Thursday 27 September 2018 by Gareth Prior

A trip to London’s Docklands for this edition of Picture in Time with an image of two of the B2K units in service back in 2004.

Featured in this photo are 96 and 01 which are just stopping at Poplar on 8th March 2004. Both of these units were built in 2001 by Bombardier in Belgium to a very similar design as the B90 and B92 trains which had been the mainstay of the network since the early 1990s. The two units are in the then standard fleet livery of mainly blue with a large red band and two smaller white bands on the lower section of the body. They also have the white doors to aid visibility. Today both trains remain in service but are now in the newer fleet colours. 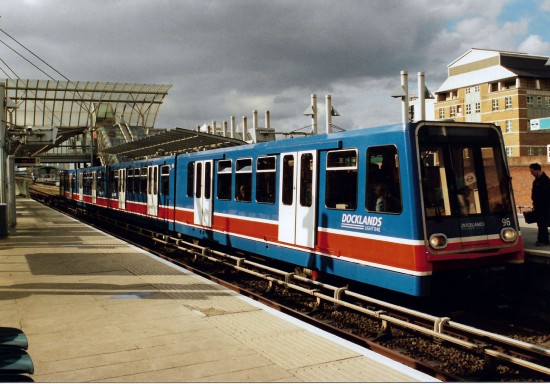