Posted on Thursday 27 September 2018 by Gareth Prior

Work to extend the Blackpool Tramway the short distance up Talbot Road to Blackpool North Railway Station is continuing with the first new track now in situ although there is also still evidence of some of the old tram track which has been uncovered in preparing the surface for the laying of new track. The below photos show the situation as at Monday 24th September. 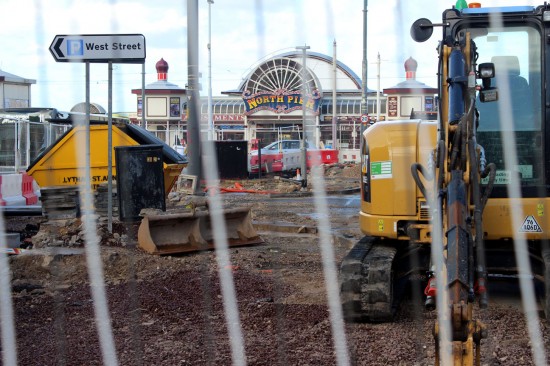 Looking towards North Pier and not much work is in evidence on this section with this compound seemingly mainly used as a compound for various equipment. 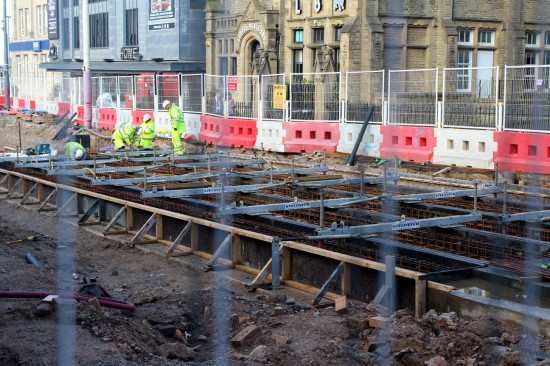 With spacers in place ahead of the final surface being applied this is the scene just along the first section of Talbot Road from the Prom. 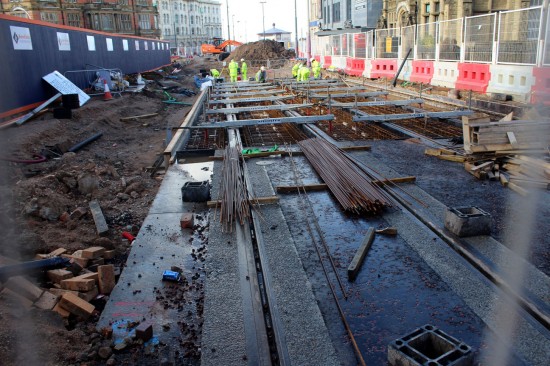 Track is obviously in evidence here with the section nearest the camera already having had the top surface applied whilst work is underway preparing the track further towards the Prom for the road surface. 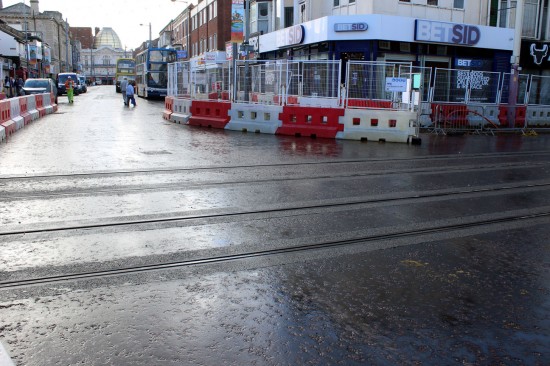 Track and road surface all in place at the junction with Abingdon Street. 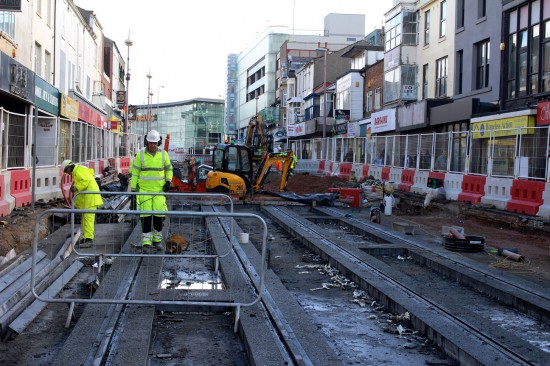 Continuing the walk up towards Blackpool North station and more track is in place here awaiting surfacing. 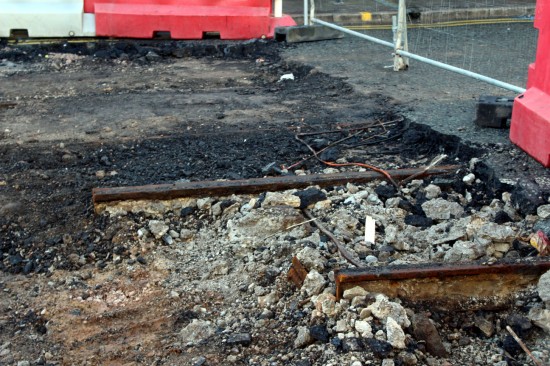 A close-up of some of the old tram track which has been discovered when road surface has been removed. 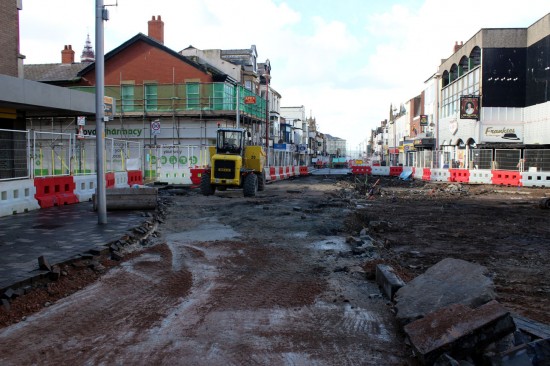 And just outside Wilkinson’s – which will eventually be demolished to make way for the new tram terminus (until this is done a temporary terminus will be provided) – where work is at a much earlier stage. (All Photographs by Gareth Prior)

2 Responses to In Pictures: Progress on North Station extension