As work continues on preparation for the construction of the short extension of the Blackpool Tramway up Talbot Road to North Station some long buried tram track has recently been discovered as these photos from Glyn Hill show.

As with many systems across the UK when tram lines were abandoned the much cheaper option of simply tarmacing over the tracks was taken and so with the task of utility diversion well underway a number of the old – buried for over 50 years since trams stopped running into Talbot Square (and for those connected to the Layton route it is 80 years!) – tracks have been discovered. Following their discovery they are now finally being lifted paving the way for brand new tracks to be laid as part of the construction period. 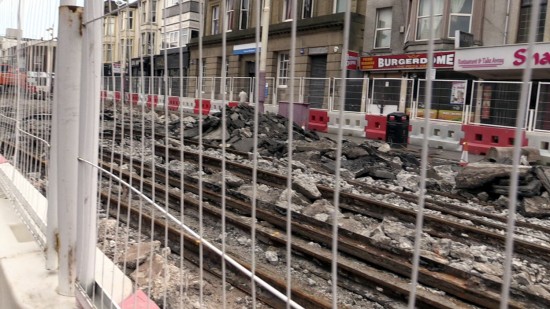 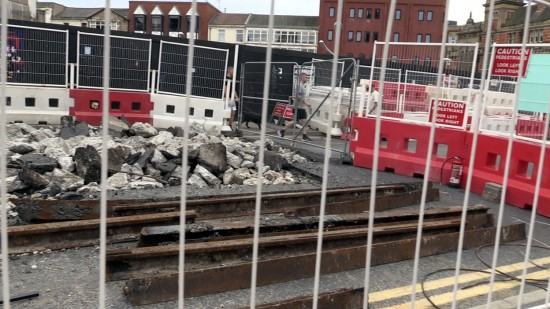 And some more now finally removed. (Both Photographs by Glyn Hill)