We go black and white again for this instalment of Picture in Time although they are fairly modern images showing Sunderland 100 on one of its first test runs and also later when it received an advertising livery.

Of course today Sunderland 100 is better known as Metropolitan Electric Tramways 331 but back in the late 1980s when it was originally restored it was put into its north eastern identity with the catalysts for its restoration coming in the form of the Gateshead Garden Festival. Although originally completed in Sunderland colours it wasn’t too long before corporate sponsorship arrived and it received one of the most controversial liveries of preservation – a Blue and White scheme for British Steel applied in time for the Festival in 1990. 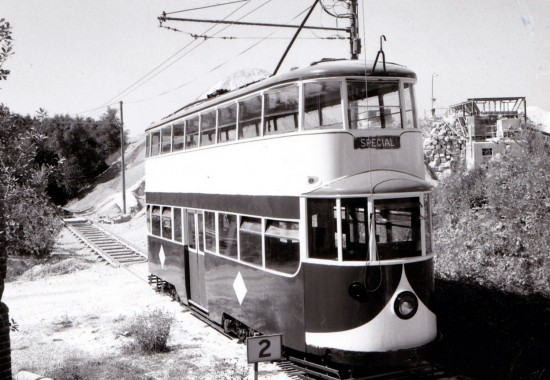 Image number one shows 100 at Cabin. 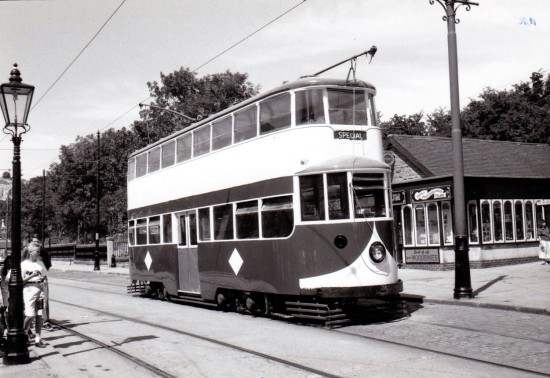 And then at Stephenson Place with the paintwork positively gleaming! 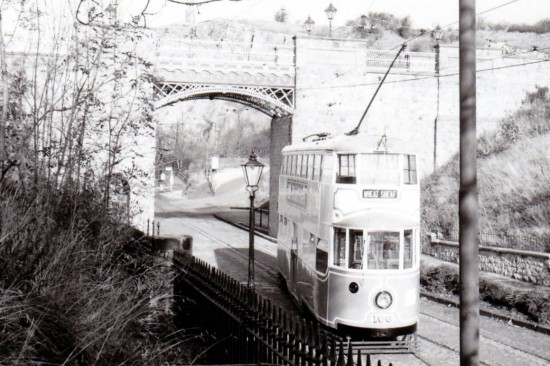 Fast forwarding and we see 100 with the British Steel livery heading under Bowes Lyon Bridge. You would like to think that today there would be more consideration for the heritage of a tram before it received a livery such as this although money always does talk! (All Photographs by Keith Chadbourne)