Posted on Tuesday 24 April 2018 by Gareth Prior

Poland is the latest stop on our around the world trip as we take a look at a couple of trams running in Krakow.

The first tramway opened in Krakow back in 1882 and today there are 27 different lines with a total mileage of 56 miles. As most trams are single ended there are loops at the majority of the termini across the city. All lines are standard gauge.

In this photo we see two of the 1979 Konstal 105Na trams – 402 and 403 – coupled together running on route 9. The reliability of these trams has been a concern for a while and they are now currently being replaced by second hand trams from Germany. This scene was captured in June 2013. 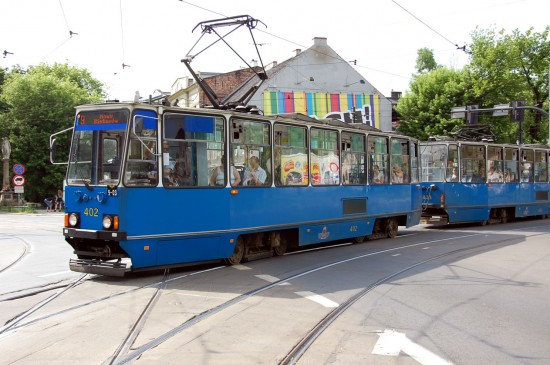