Posted on Tuesday 24 April 2018 by Gareth Prior

A major milestone in the construction work required for Tram-Train services to start later this year was reached over the weekend with overhead wires now in place connecting the current South Yorkshire Supertram system with Network Rail metals at Tinsley Junction. Supertram services were suspended from Friday 20th April until Sunday 22nd April to allow the work – and rail replacement work at Attercliffe – which was actually a day shorter than planned with all the work taking less time than expected – its nice to report on engineering work being finished early! 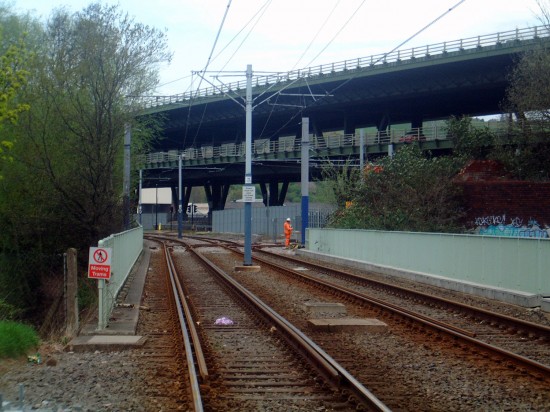 Looking from Meadowhall South stop towards Meadowhall and Tinsley Junction where the Tram-Train service will diverge on the right away from the mainline. 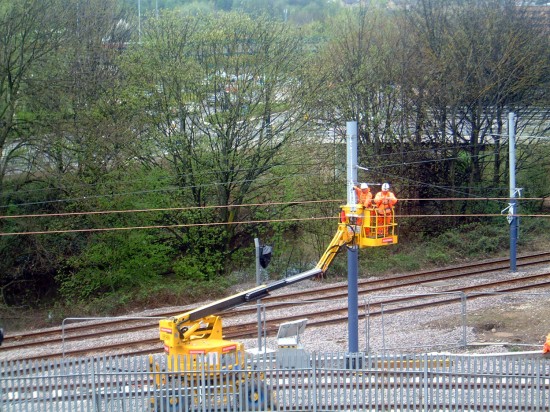 Work underway on installing the overhead. 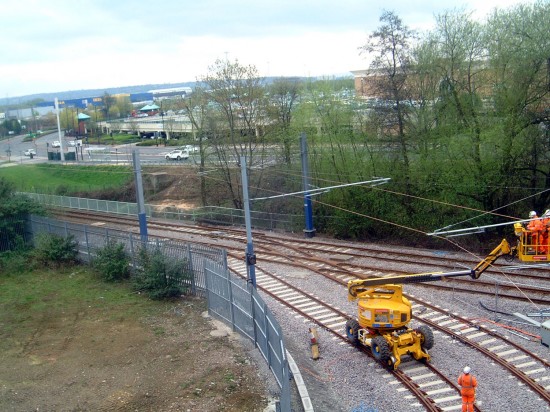 As work continues on the overhead we look towards the mainline showing the junction. (Photographs x3 by Glyn Hill) 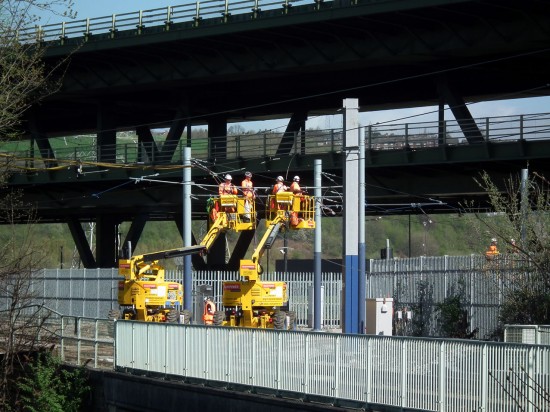 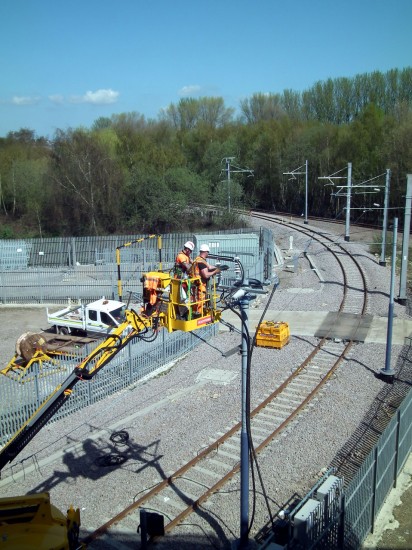 Overhead installation on the section east of the Tinsley road viaduct, where the 'Chord' curves to the north-east to run parallel with Network Rail's Tinsley freight only line. 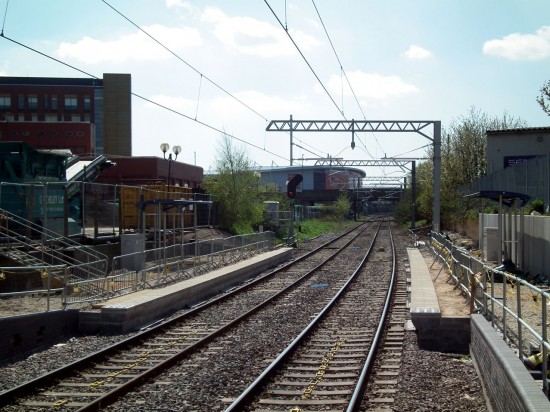 Work is also still continuing at Rotherham Central on construction of the platforms. This is a view from the station’s main platform 2 showing that despite the installation of a shelter there is till much work to be done. 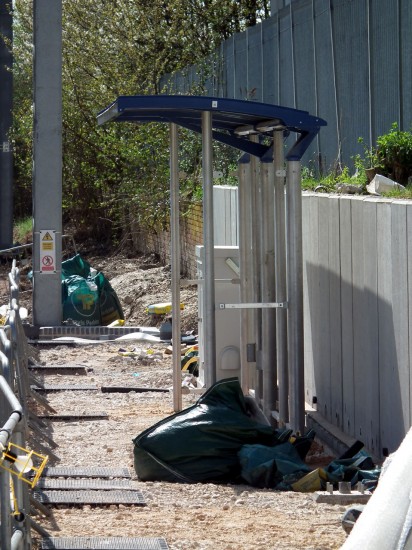 A close-up of the shelter. 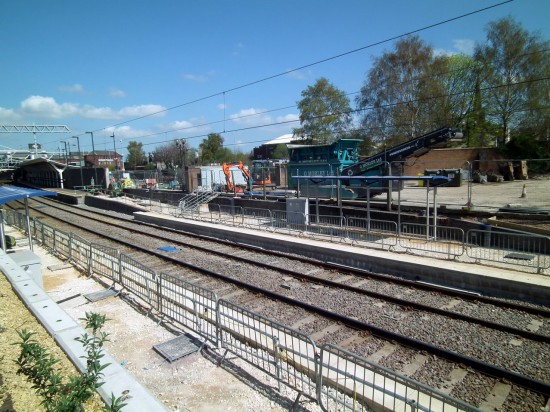 Looking across the tracks with the outbound platform in lower foreground and the mainline railway station in the left background. (Photographs x5 by Mike Haddon)