Posted on Thursday 12 April 2018 by Gareth Prior

The early years of the East Anglia Transport Museum feature in this instalment of our archive photo series.

It is September 1973 and at the front of the tram depot we see Glasgow 1245 and London Transport 1858 (with Lowestoft 14 just seen on the far side). By this time the tramway at the museum had started to operate – 1971 was the milestone year when trams first ran with 159 already establishing itself as a key member of the operational fleet – with other development taking place around the site in Carlton Colville.

1245 has become a bit of a nomad since it left Carlton Colville in the 1990s with a spell of storage at Rigby Road Depot in Blackpool being followed by a move north to Scotland where it is currently being restored back to serviceable condition at Summerlee near Glasgow. As for 159 this is, as it always has been, still at the museum being used regularly in service when the museum is open. 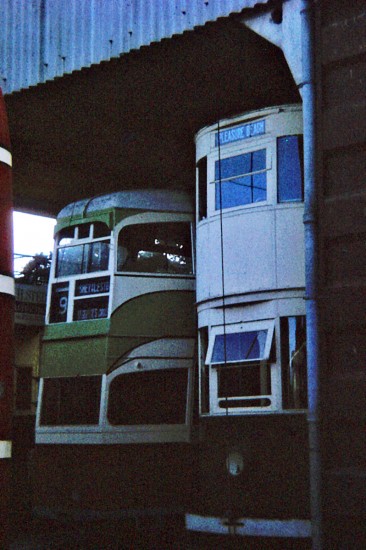