Posted on Thursday 5 April 2018 by Gareth Prior

As we have reported over the past few days the first major special event of 2018 took place at Crich on Sunday 1st April with the World War II Home Front themed event. Despite the cold weather – and at least it was snow free – we can now bring you some further photos from Hazel Quarmby. 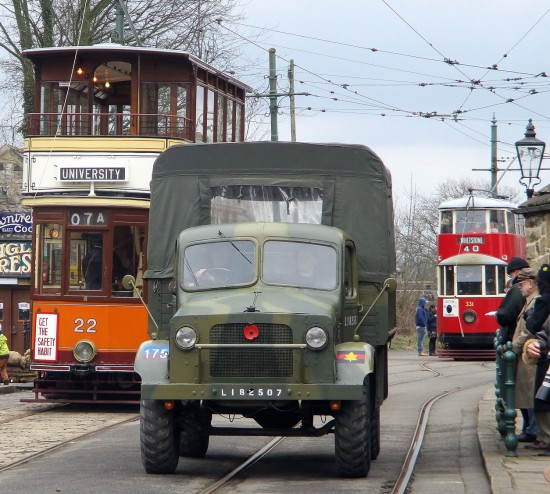 As a military vehicle approaches the camera Glasgow 22 waits at Stephenson Place with MET 331 down at the Town End stop. 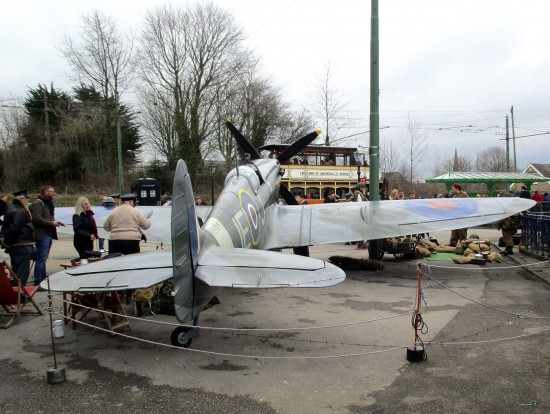 A replica Spitfire was again displayed during the event as is seen here outside the Assembly Rooms. Again we see Glasgow 22 in the background. 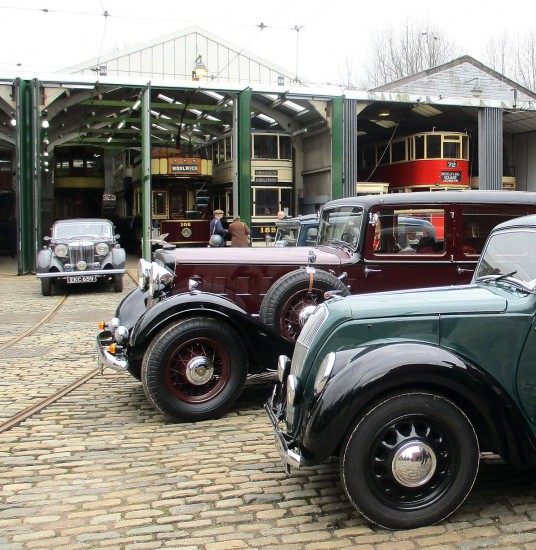 More period vehicles were displayed on the depot fan as seen here. The new look depots can be seen in the background along with various trams – both part of the operational and static fleets. (All Photographs by Hazel Quarmby, 1st April 2018)