The Hulk stops the Blackpool Tramway!

Posted on Thursday 15 March 2018 by Gareth Prior

As bizarre tram based stories go this one probably tops the list! The Incredible Hulk was spotted in Blackpool on Thursday 15th March stopping Blackpool & Fleetwood Box 40 in its tracks! Of course it wasn’t as it may seem from the photos as it was just a publicity stunt in connection with Madam Tussauds new Marvel Superheroes area which is adding a £1 million 5,501 square foot addition to the attraction on Blackpool Prom.

The scene was at North Pier/Tower heritage stop with photos “showing” 40 being partially upended and the tracks ripped through the concrete as the Hulk, well lost his temper a little bit – maybe he had just been told that there wasn’t a heritage tram service running until the weekend and couldn’t cope?!

But don’t worry no trams were damaged in this stunt!

For those interested the new Marvel Super Heroes zone will open in March with four new zones at Madam Tussauds. This will include “Comic Store”, “Thor”, “Hulk” and “Spider-Man” zones. 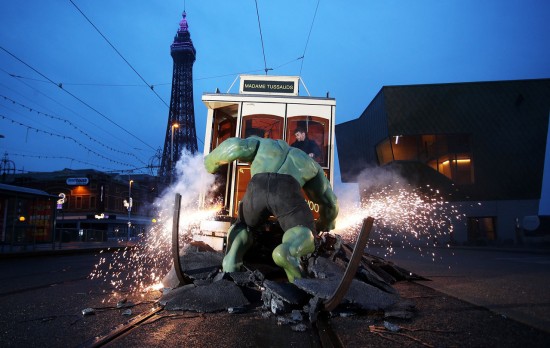 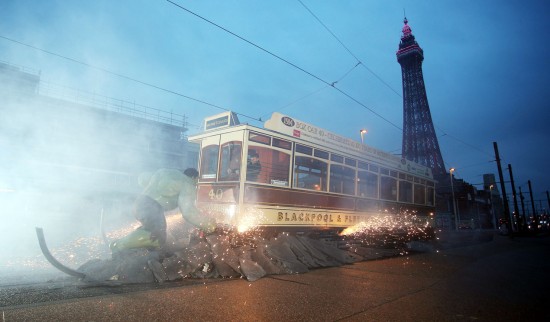 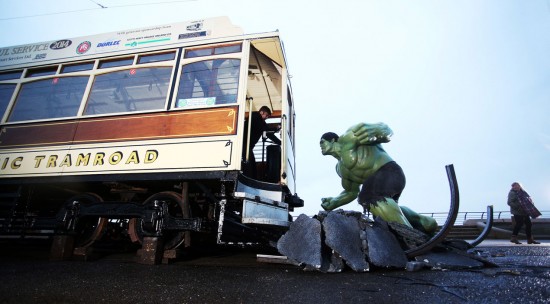 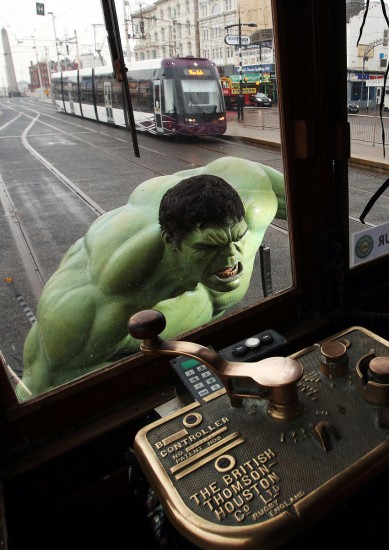 The Hulk and Box 40 come against each other at North Pier/Tower. (All Photographs courtesy of Pinpep Media Assignments)

One Response to The Hulk stops the Blackpool Tramway!