Posted on Saturday 10 March 2018 by Gareth Prior

The Docklands Light Railway is the subject of Picture in Time today as we go back to a view of the old Stratford station in 2004.

The two units seen here arriving at the station are 24 and 40, both of which are members of the B90 class. These vehicles were constructed by BN Construction in Brugge, Belgium between 1991 and 1992 and are seen in the attractive long-standing livery of the time. They will be working a service to Lewisham once they depart from the station again – a journey which is no longer possible except by changing at Canary Wharf. The station at Stratford is also very different today having undergone a rebuild including platform extensions to allow triple units to operate on the route. 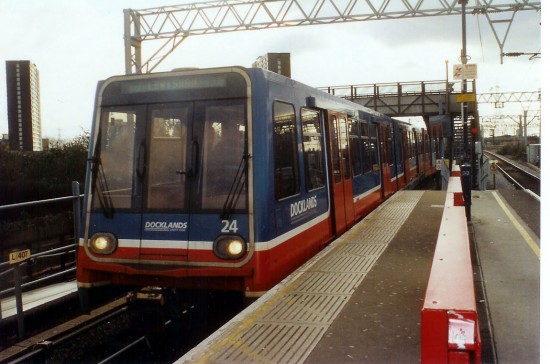