Posted on Saturday 10 March 2018 by Gareth Prior

Tuesday 6th March was the end of an era on Midland Metro as Balbir Singh retired after nearly 20 years of driving along the route between Birmingham and Wolverhampton.

Starting with Midland Metro in November 1998, before public services had begun, Balbir Singh has seen many changes on the line in his tram driving career including the withdrawal of the T69 trams, closure of the section into Birmingham Snow Hill and the Birmingham City Centre extension.

His last duty was on Tuesday 6th March and his very last run was driving 35 with his shift ending at 1232 at Wednesbury Great Western Street.

Best of luck for your retirement Balbir! 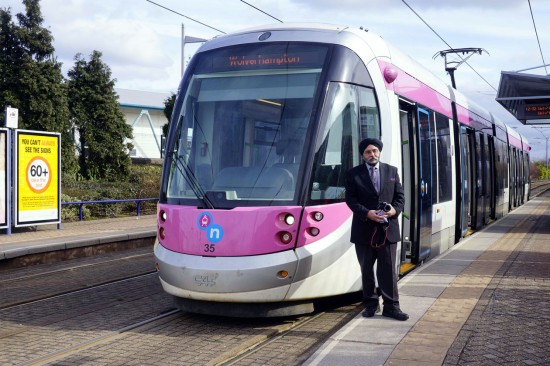 Balbir Singh poses alongside 35 at the end of his final duty.

Very close to the end of his final journey a view through the cab as Balbir brings an end to his career. (Both Photographs by Andy Walters)