Posted on Tuesday 12 December 2017 by Gareth Prior

There are three operational Portuguese trams in the UK and all three of them have been loaned at some point in the past 15 years. We have already seen Oporto 273’s aborted loan to Blackpool but this time we take a look at a tram from Lisbon which enjoyed a much more successful loan, it is 730.

Lisbon 730 entered service at the Birkenhead Heritage Tramway in 2007 having been restored to operational condition over a three year period and has become a regular part of the operational fleet there when in it made its visit to Beamish where it was one of the trams loaned there for the 40th anniversary of the tramway. Arriving at Beamish on 3rd April after a quick commissioning period 730 entered service two days later during the Our Friends Electric event. Having been a success throughout its visit 730 then returned back to Birkenhead on 24th April 2013. 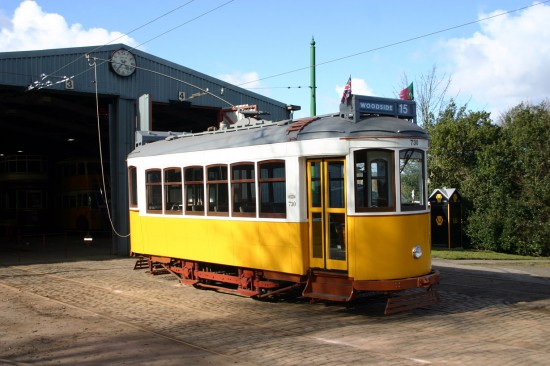 Lisbon 730 stands outside the depot at Beamish on 4th April waiting the chance to enter service the following day. 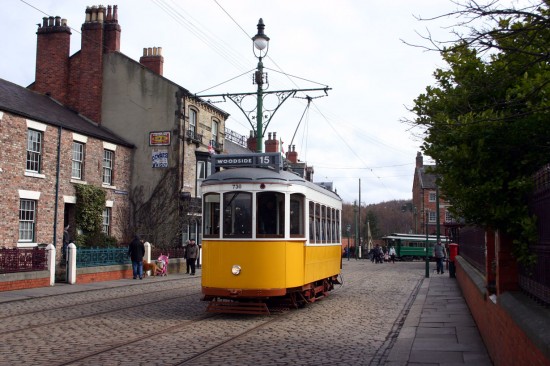 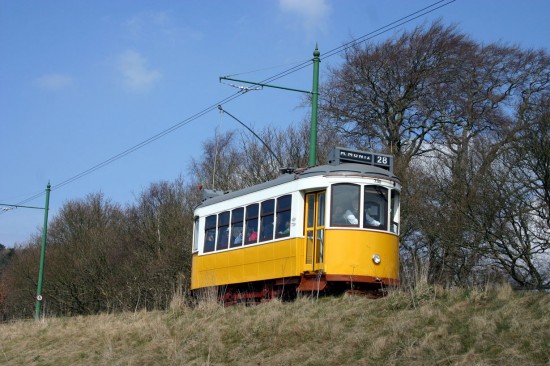 Another look at 730 on 13th April as it rounds the museum circuit. (All Photographs by Gareth Prior)