Posted on Tuesday 12 December 2017 by Gareth Prior

It may not have expanded as much as some of the other UK second generation tram systems (yet – that will be for our next big anniversary maybe!) but one of the main achievements of the Midland Metro system over the past 15 years has been the opening of the short, but significant, extension into Birmingham City Centre as far as Grand Central (New Street station).

When Midland Metro originally opened in 1999 it was a simple line running from Wolverhampton St George’s to Birmingham Snow Hill but because it was tucked up inside Snow Hill railway station its visibility wasn’t there for much of the public. That all changed in 2015/2016 when a two phase extension opened into Birmingham City Centre. Diverging from the original line shortly before Snow Hill this extension ran through a new stop (originally called Snow Hill but now St Chad’s) to Bull Street and then into Corporation Street before turning and terminating outside Birmingham New Street station. The first stage of the line opened on 6th December 2015 as far as Bull Street (but without the intermediate Snow Hill stop) before the full extension commenced operation on 30th May 2016. This line is just the start though with further extensions planned in the coming years at both ends of the network and also from Wednesbury. 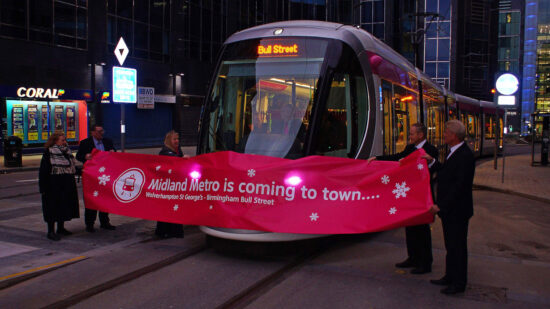 35 breaks the barrier as services begin to Bull Street on 6th December 2015. 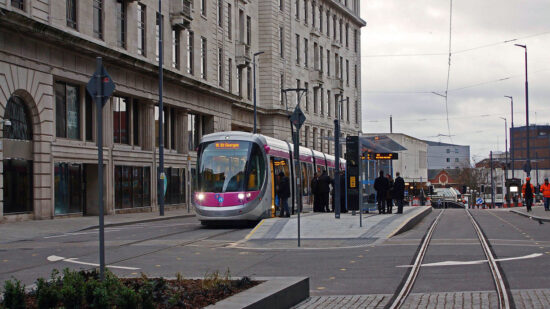 On the first day of public services to Bull Street on 6th December 2015 27 waits at the stop to depart for Wolverhampton St George’s. 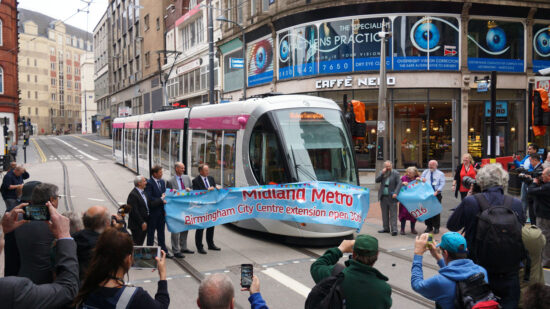 Just over six months later on 30th May 2016 and another barrier had to broken. 37 is the tram doing the honours this time. 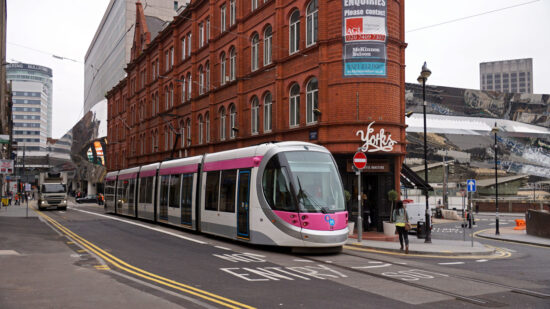 26 at the current end of the line on 30th May 2016. The stop at Grand Central is in the background. (All Photographs by Andy Walters)