Posted on Monday 11 December 2017 by Gareth Prior

We bring you right up to date with tram loans today with the feature of this article being the tram which has most recently gone on loan to another tramway. The tram is Blackpool Brush 630.

Roll it back 15 years and 630 was a regular member of the operating fleet in Blackpool and who would have thought that in 2017 the tram would be back in the resort on loan from the national collection? Preserved at Crich once traditional tram operation had come to an end in Blackpool the tram entered service in Derbyshire during 2012 and has remained active for most of the time since. In an unexpected development it was announced during 2017 that 630 was to return home to Blackpool – this would have dual purpose of helping to celebrate the 80th birthday of the class of trams and also freeing up space in Crich’s depots during their refurbishment over the winter.

Departing Crich on 18th September 2017 the tram was swiftly prepared for service and it entered service Friday 22nd September 2017 – the first time it had run in Blackpool for six years. It remains in Blackpool at the time of this article and is expected to return to Crich in the spring. 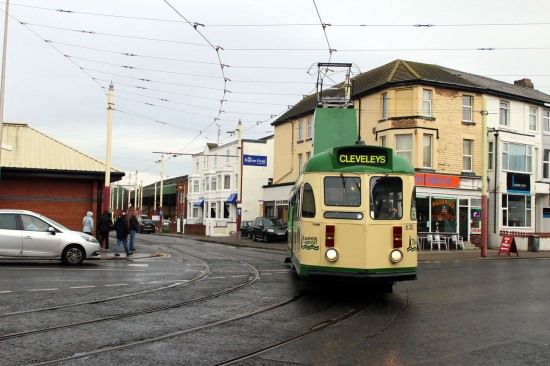 630 leaves depot on 22nd September for its first passenger run back in Blackpool. 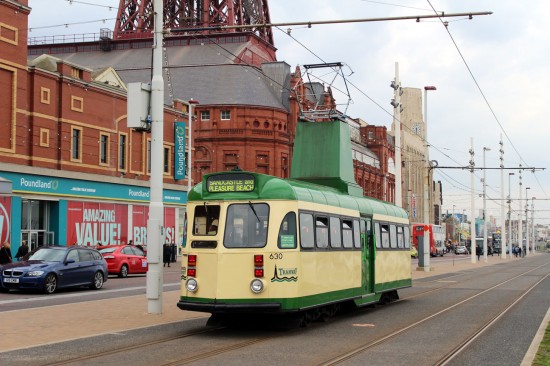 Two days later and we catch up with 630 at North Pier/Tower as it heads off to Pleasure Beach. (Both Photographs by Gareth Prior)