On Monday 1st October, Bolton 66 made history yet again by travelling to the Blackpool tramway’s northern terminus for the first time since the line was upgraded to modern light rail standard. To add further excitement to what was already a very unsual trip for the 1901-built tram, the journey took place in darkness!

For many years 66 has operated private tours for its owning society most years, although this did not occur in 2011 as the tram was not commissioned due to it not having transponder equipment. Once this was fitted, the car saw semi-regular use on the heritage service but 1st October was the first time it had ventured north of Little Bispham this year. At dusk the car loaded passengers on Hopton Road and then carried a large number of people, made up of Bolton 66 Trust and Manchester Transport Museum Society working members, to Fleetwood Ferry. The tram was then stabled on the passing loop – becoming the first heritage car to do so since this section was relaid – before the passengers boarded again near to the lighthouse for the return trip through the illuminations to Pleasure Beach. Amazingly, its arrival back at Rigby Road depot at the end of the tour coincided with the arrival of Standard 147, which had been out on illumination tour duty, giving the rare sight of two of the oldest trams in Blackpool standing together outside the depot in the hours of darkness!

66‘s evening excursion was made possible thanks to the recent fitting of a small halogen light on its bumpers at each end. Since 2004, trams without halogen headlights have not been permitted to travel north of Thornton Gate after dark as the tramway is poorly lit and drivers do not have a clear enough view of the line ahead. This small modification has not spoilt 66‘s appearance too much and those on board certainly didn’t mind this small scarifice in order to enjoy such a memorable occasion.

Excluding the modified Balloon cars, Bolton 66 has now become only the second traditional tram to carry passengers to Fleetwood in the modern era, the first appropriately being Fleetwood ‘Box’ 40 earlier this year when it also operated a tour for its supporters. We are not sure when 66 last visited Fleetwood, but the car didn’t feature in the ‘last weekend’ events of November 2009, so this probably occured earlier that year. This would mean that 66 has returned to the Ferry after an absence of at least three years – here’s hoping it won’t have to wait so long for its next trip! 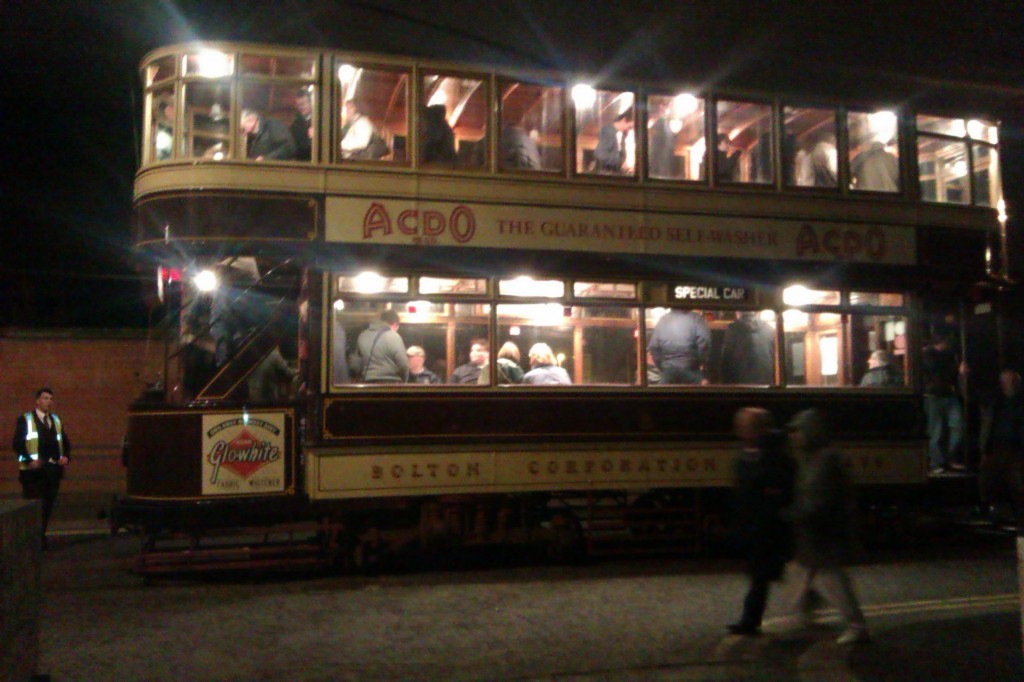 The remarkable sight of Bolton 66, dating from 1901, at Fleetwood Ferry on the evening of 1st October 2012 - the only tram seen here on this night other than modern Flexity2 trams, many less than one year old! (Photo by Martin Bryan) 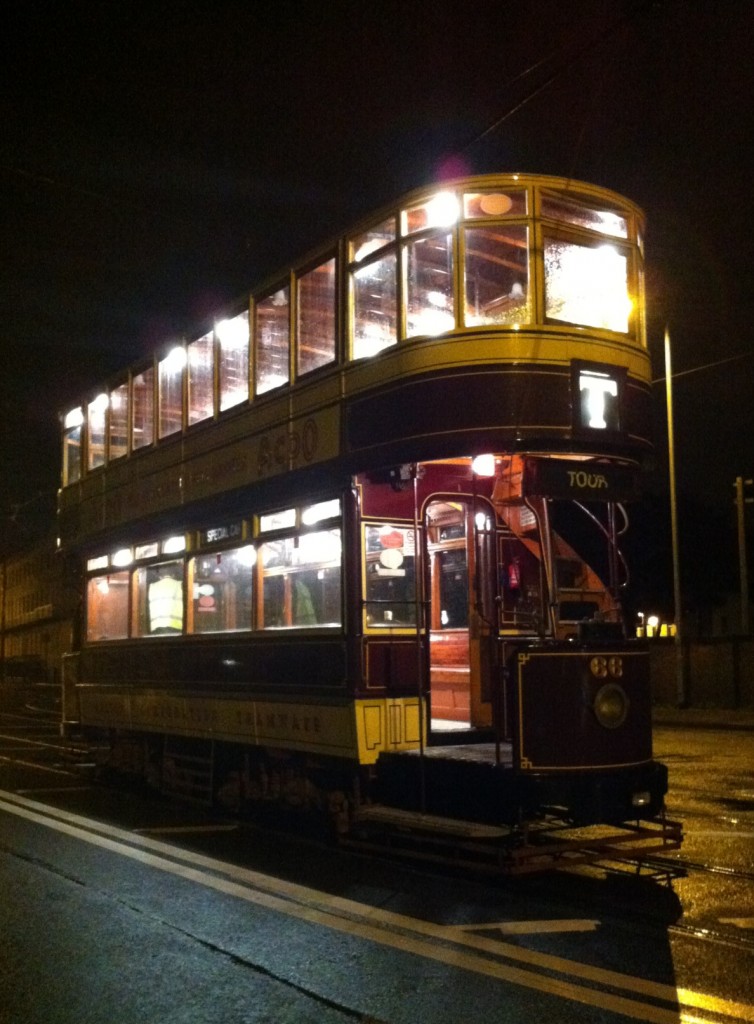 Another view of Bolton 66 stabled on the Fleetwood Ferry passing loop, with its newly fitted halogen light just visible on the bumper. (Photo by Geoff Senior)