Posted on Thursday 6 July 2017 by Gareth Prior

We take you back to Blackpool again in this instalment of Picture in Time and this time we feature the very first of the Centenary Cars.

Centenary Car 641 was the first of a new class of one man operated trams arriving in Blackpool from East Lancashire Coachbuilders of Blackburn in April 1984. Bearing in mind how long it seems to take new classes of tram to enter service now it was a fairly rapid entry into service with the first passengers carried less than three months later in the July of the same year. The tram remained in service for the bulk of the next 27 years before the “old” tramway was closed to make for the Supertram era although for 641 it was not to reach the November with a recurring fault having seen it sidelined for much of that last summer. The tram was acquired for preservation for the Fleetwood Heritage Leisure Trust and at the time of writing currently resides alongside Pleasure Beach loop in a special Blackpool FC celebration livery.

At the time that these photos were taken in 2005 641 was carrying an all over advert for Orion Bingo, an advert which had only been applied that summer. With an orange base coat – a colour that the tram would come to know well towards the end of its operating career and beyond – this was a fairly basic advert but was not to the last for the same sponsor. In this first view we see 641 at Cabin on 7th September 2005 sitting on the long gone centre track whilst operating on specials. 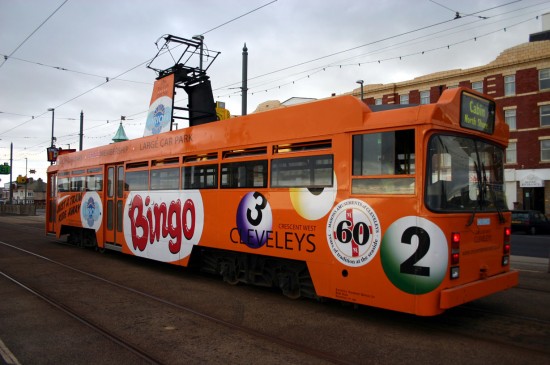 And then the following day, 8th September 2005, we see 641 leaving depot and just arriving on the Prom again operating specials with Tower its first destination. 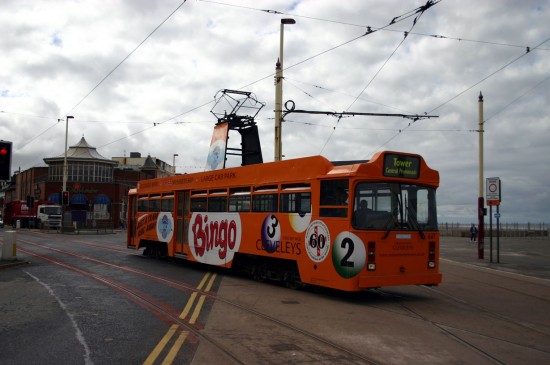