British Trams Online is delighted to announce that we are sponsoring a tram loan which will see one of the Birkenhead heritage tram fleet make the journey to Blackpool for the first time ever. Following negotiations between the Merseyside Tramway Preservation Society and Blackpool Heritage Tram Tours, it has been agreed that Birkenhead 20 will visit Blackpool for a one year loan period, commencing later this month!

Birkenhead 20 is one of the star attractions at the Wirral tramway, being the first vintage tram to be restored to operate there and it is also the only open-top tram in their running fleet. It is also the only restored electric tramcar to survive from this system, which was of course the first town in Britian to have trams. Dating from 1900, 20 is a fairly typical four-wheel open top tram of the Victorian era, and has been fully rebuilt by volunteers from a derelict shell into a beautiful working tramcar. It has only once before run on a tramway away from Birkenhead; in 2012 it paid a short visit to Beamish for one of their excellent transport events.

Since the departure of Marton Box 31 earlier this year following the end of its own loan period from Beamish Museum, Blackpool has been without an operating open top double deck tram and this has been sorely missed. The MTPS have generously agreed to plug this gap by offering 20 on loan for a 12 month period. In return, Blackpool Transport have committed to re-tyre the car over the winter months, although initially it is planned to commission it as quickly as possible once it arrives, in order to capitalise on its presence for the school summer holidays, when a daily heritage service is in operation.

The cost of transporting 20 from Birkenhead to Blackpool will be covered by British Trams Online, as we are sponsoring the car for the duration of its visit. We are very pleased to be able to support such an exciting venture, and hope that 20‘s visit to Blackpool will be much enjoyed by both enthusiasts and the general public alike. Hopefully, such an attractive and distinctive tram will attract more custom for the heritage service – particularly if we get a good summer! It will also be the first ‘new’ tram to visit Blackpool for some time, and the first ever from the original Birkenhead system.

20 will be participating in a special ‘Birkenhead’s last tram’ commemorative event on its home tramway on 15th July, and this is expected to be its last appearance in service there in 2017, with a move to Blackpool to follow shortly afterwards. A definite date for its debut in service cannot be given until the car has arrived and commissioning is underway, but we hope to be able to share a date for an official launch in due course, which is likely to be in early August.

Thank-you once again to the Merseyside Tramway Preservation Society for their extreme generosity in making one of their most popular vehicles available to Blackpool Heritage Tram Tours. This is a great example of the co-operation that goes on between the various tram organisations and other interested parties – and long may that continue, especially when it gives us such nice things to enjoy! 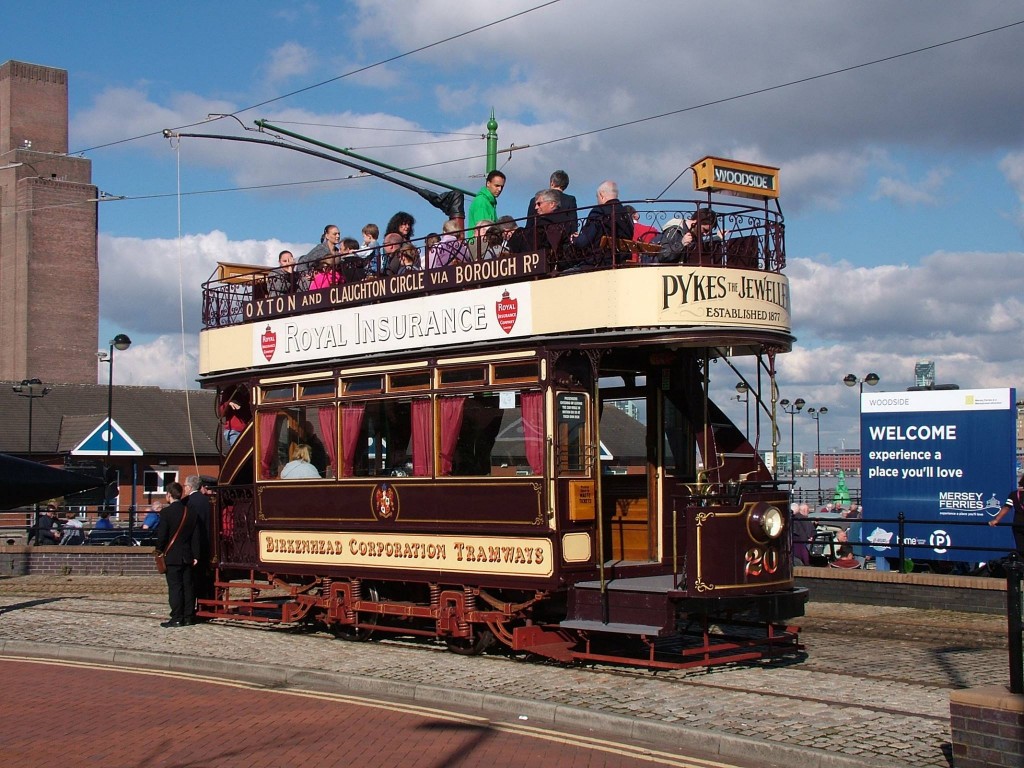 A look at Birkenhead 20 in more familiar surroundings ahead of its visit to Blackpool - the tram is shown at Woodside on its home tramway. (Photo courtesy of Blackpool Heritage Tram Tours)