Posted on Saturday 17 December 2016 by Gareth Prior

And we are off to Manchester for the latest edition of our archive photo series Picture in Time. The year is 1992 and the star of this feature is T68 1006.

Having arrived in Manchester on 29th December 1991 1006 entered service on day one of passenger operations, 6th April 1992. However it is before that historic first day of passenger service that these photos were taken with the date being 23rd March – still two weeks before passengers could enjoy a ride. 1006 continued to be part of the operational fleet until it was withdrawn from service on 30th August 2012 and finally left Manchester on 13th June 2014 heading for Rotherham and its date with the scrapman.

In this first image we see 1006 just moving away from Victoria having travelled through the “hole in the wall” and heading towards the city centre. 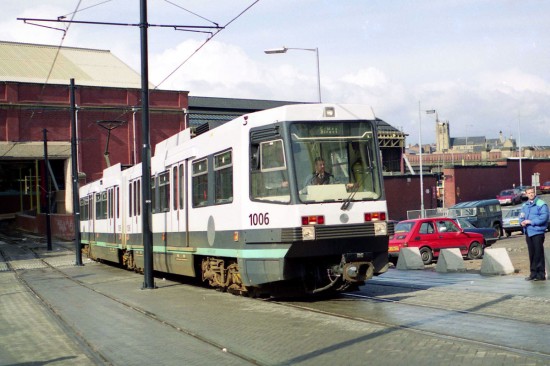 And then later on in the same day we are in Piccadilly Gardens as 1006 heads back to Victoria having been to G-Mex on a test trip. 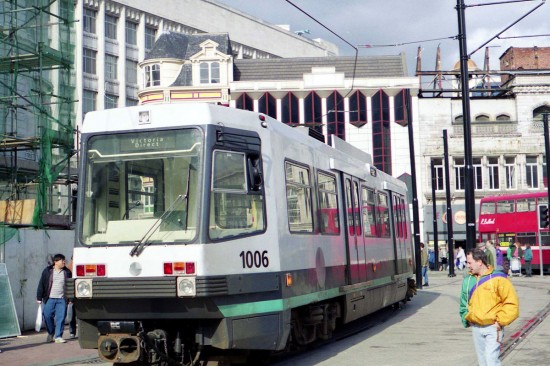