Posted on Monday 19 December 2016 by Gareth Prior

As reported a few days ago Edinburgh Trams has joined the advert vinyl club with the first of the CAF built fleet now in service sporting vinyls for the Hogmanay celebrations in the city centre over the festive period. The chosen tram is 261 which in the main retains its standard white based fleet livery but with added vinyls.

The actual contravision vinyls only cover the two sections without doors – the third and fifth section of the seven section trams – and although these will be ever changing over the course of the year they are currently publicising the free late night trams which are being provided following the Hogmanay celebrations in Edinburgh City Centre. Other vinyls are provided above the windows on all other sections with the slogan “Decide to Glide” whilst persuading people to take the tram to the big events. This gives a strong indication that 261 will continue to be used for this purpose throughout the year to advertise other big events in Edinburgh.

It isn’t the trams which have received new vinyls as Gogarburn stop has now received sponsorship from the Royal Bank of Scotland with the shelters receiving a mosaic skyline scene of central Edinburgh, with the mosaic made up of hundreds of photos of the bank’s employees. The tramstop signs have also been branded with Royal Bank of Scotland. 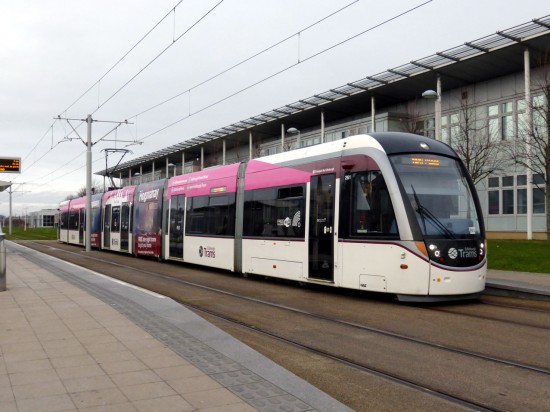 Tram 261, the first tram to appear with an advertising livery. It is not a commercial advert but is advertising The free tram service over hogmanay. 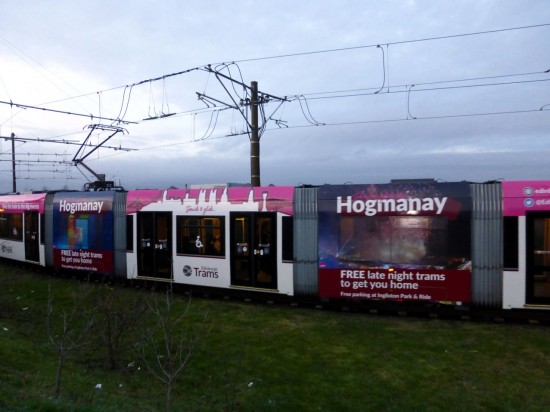 A close up of the three centre sections where the bulk of the wraps are applied. (Photographs x2 by John Hampton) 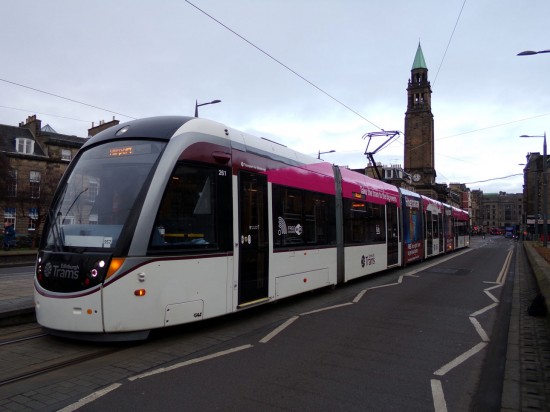 Another view of 261 at Princes Street West End on 19th December. (Photograph by Alasdair McFarlane) 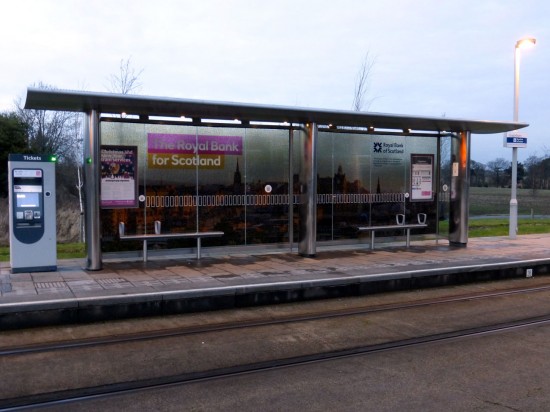 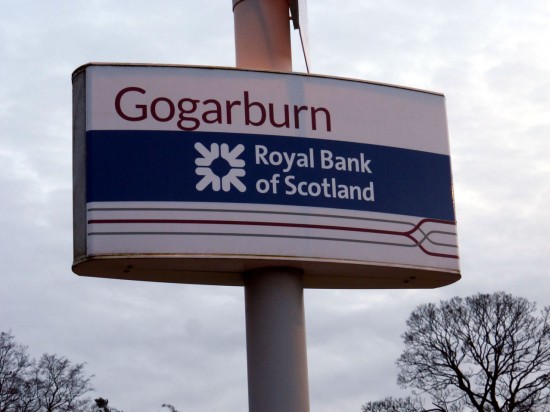 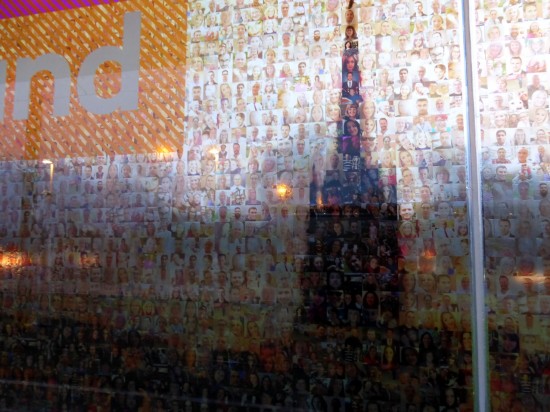 The mosaic is made up of hundreds of photographs of Royal Bank employees. (Photographs x3 by John Hampton)