Posted on Friday 16 December 2016 by Gareth Prior

Glasgow 1245 is once again a double deck tram with the top decks of the tram recently reunited in another major milestone in the tram’s restoration. Work on 1245 has stalled over the past year as a result of the Summerlee Transport Group having to divert their resources to returning Glasgow 1017 to service but now that the little single decker is operational again the next stage of the work can commence.

Despite the past year not seeing much physical progress the time has been taken to research the project. This has included working with the Glasgow Museums archive section to access all the records held by them on the Coronation class of tram which has informed the direction that the restoration needs to take. The group have also finalised the preferred control system details with several manufacturers and next year will be working with the Summerlee Museum management team on fund raising for this part of the project.

With the overhaul on 1017 complete and the tram back in service the group turned their attention to 1245 once again with the first major task being the lifting of the upper deck back onto the lower deck. This required the upper deck structure to be transported from the tram depot to the workshop before the two could become one and start to look like the distinctive Coronation class tram that it is.

With the two sections together again work has started on sorting out the hundreds of pieces in storage which will now be evaluated and a repair or restore programme can be finalised. 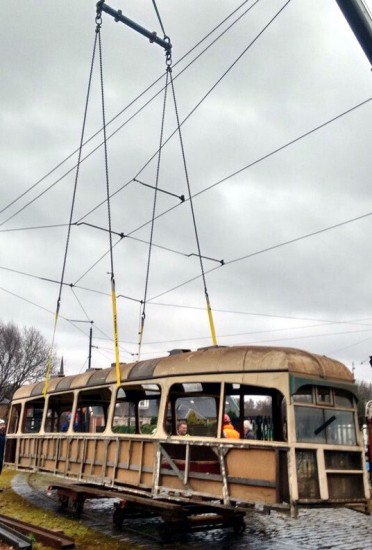 The upper deck on accommodation truck is prepared for lifting. 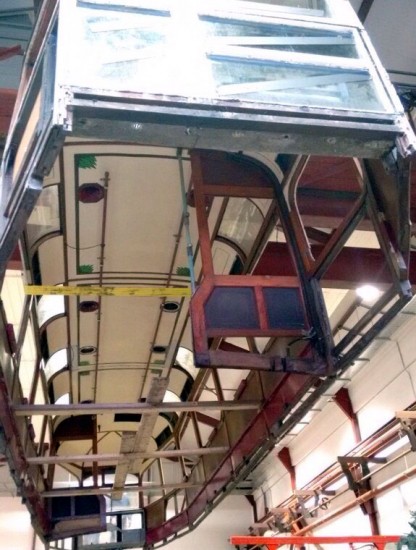 An unusual angle of the upper deck as it is lifted. 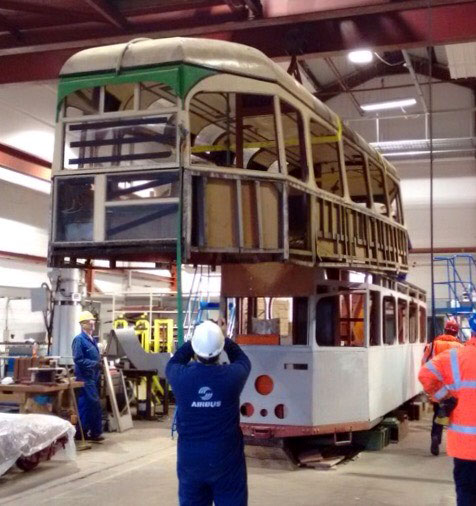 The upper deck is gently manoeuvred into position. 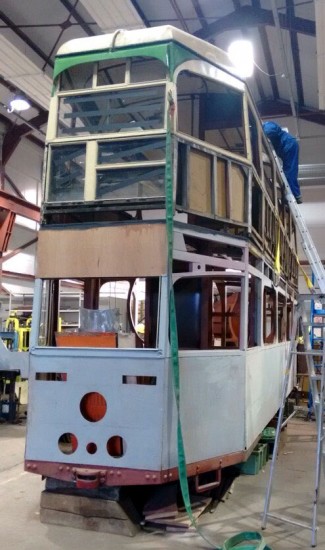 7 Responses to Two becomes one