In Pictures: Bluebird gets a roof

Posted on Wednesday 23 November 2016 by Gareth Prior

A major milestone in the restoration of London County Council 1 “Bluebird” has been reached with the tram’s roof being reunited with the body. In a similar procedure to when the body and roof were split back in March the reuniting of the two took place by the Bandstand with a crane specially bought in to assist.

Since the two sections were split a significant amount of work has been undertaken on both structures although there remains a lot of attention before Bluebird will once take flight. Recently the roof has been painted and treated and with this work completed on 23rd November it was time for the roof to be joined back to the tram body. A mobile crane was hired and after the realignment of the overhead wires on the mainline at the Bandstand the procedure to bring the two parts together could begin. The overhead power had been switched off and the overhead wires were also earthed to the running line before the maneouvre could take place.

The roof section of Bluebird was not built to a stable structure in its own right and during the process of reassembly temporary support had been incorporated to give it some stability. The roof had been kept on a specially constructed platform ever since it was split from the body and it was on this platform that the roof was hauled to the Bandstand with the Croydon Tramlink KLV and diesel locomotive GMJ on hand to assist.

The procedure saw a system of spreaders, designed to support the load evenly, attached and the complete roof assembly was lifted carefully from the platform by the crane. The main body of the tram had also been moved onto the mainline and the roof was lowered and aligned to the body before the two sections were once again joined together to form a complete tram.

The newly combined structure was then hauled back to the depot yard and then the workshop. The major restoration will now continue with a lot of work to be completed before it becomes part of the operational fleet at Crich. 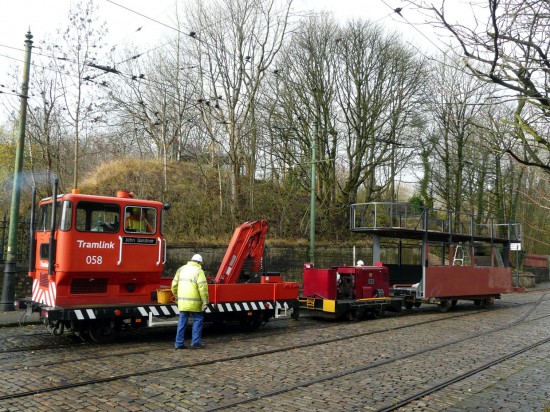 The KLV, GMJ and the body of Bluebird in the depot yard. 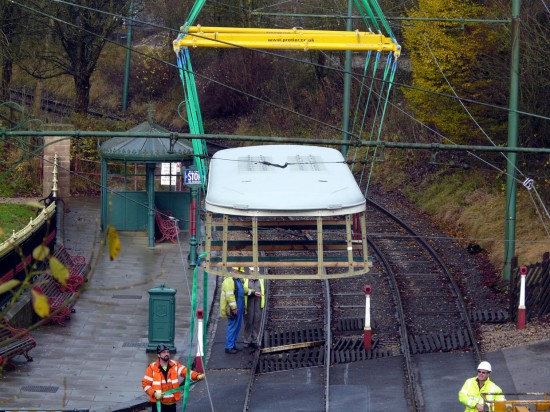 The roof is lifted. 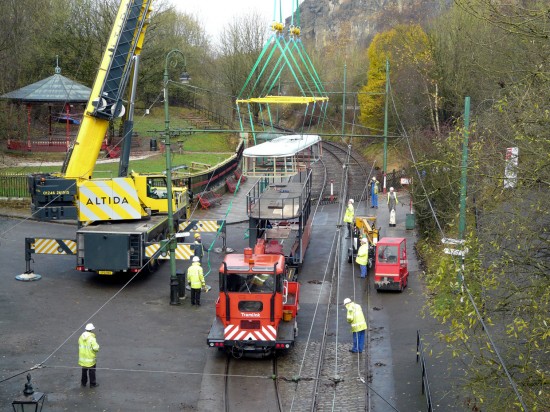 The roof is gently loaded onto the body. 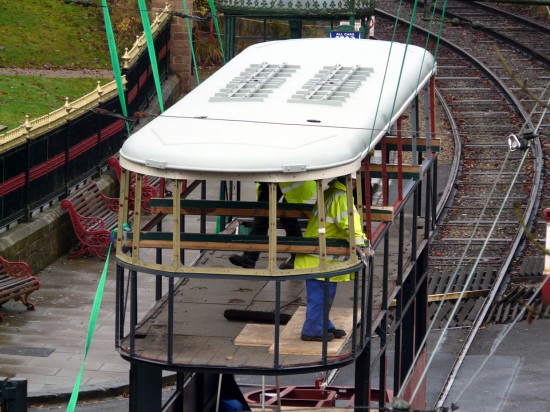 A close-up view as the roof structure is fixed to the body. 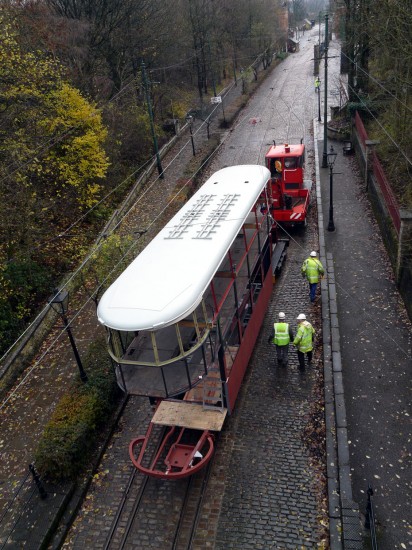 The "complete" tram is towed back to the depot yard. 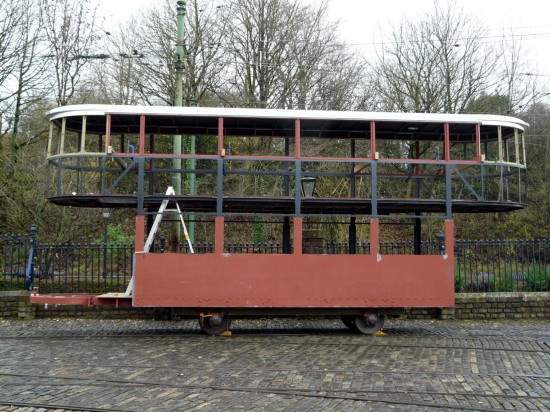 A side on view of Bluebird in the depot yard. 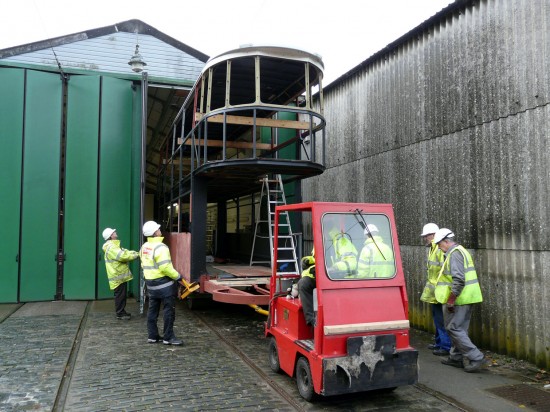 Bluebird is gently pushed back into the Workshop. 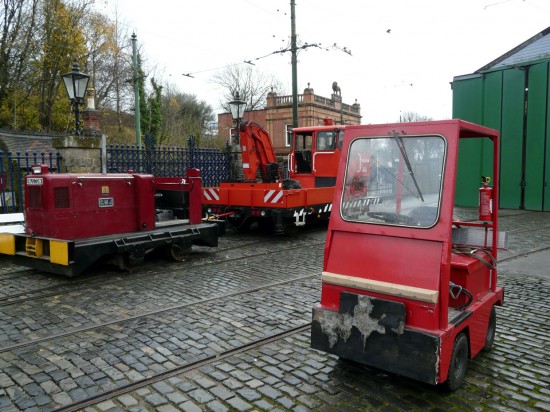 Three of the vehicles involved in moving the tram: GMJ, KLV and electric tug.(All Photographs courtesy of Crich Tramway Village)

2 Responses to In Pictures: Bluebird gets a roof