Posted on Thursday 20 October 2016 by Gareth Prior

We may still be awaiting official news on just when we might see the sight of the tram-train pilot between Sheffield and Rotherham starting but in the meantime visible progress is being made on the necessary construction works. In this latest pictorial update Mike Haddon shows the latest progress at Rotherham Parkgate. 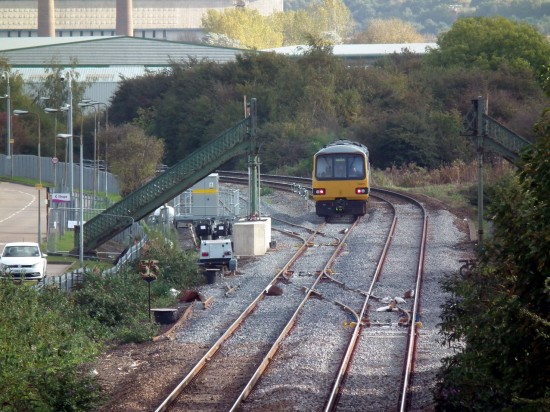 The trackwork alterations to the Rotherham Central to Aldwarke Junction rail line at Parkgate, necessary to accommodate the tram-train terminus, have now been undertaken as seen in this view looking north-east on Monday 17th October 2016. 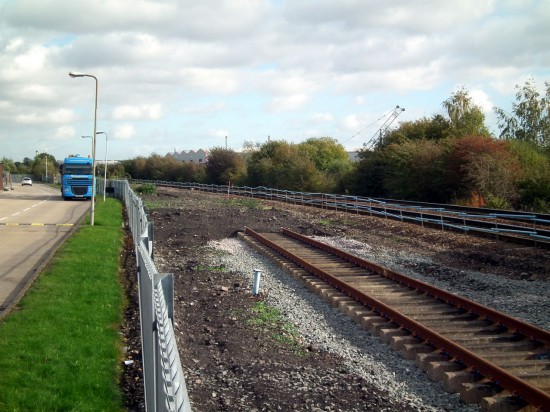 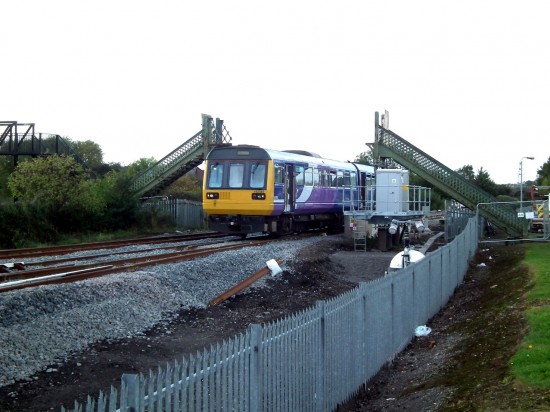 Arriva Northern dmu 142087 running as the 11.24 Sheffield to Scunthorpe service passes over the newly installed tram-train junction at Parkgate on Monday 17th October 2016. Notice also the equipment cabins placed on a raised platform as an anti flood damage precaution and that the long established footbridge has had its deck removed. (All Photographs by Mike Haddon)