When Blackpool ‘Boat’ car 236 was overhauled for operation at Crich Tramway Village, a thorough restoration was undertaken to return the tram to its 1950s appearance without end windscreens, and with its festoon lights later being added. However, one other feature detracted somewhat from its authenticity – but the hardworking volunteers and staff in the Crich workshop have now begun work to rectify this!

In its later years, 236 (or 607 as it was known between 1968 and 2011) had its interior, as it is, and wooden slat seating painted in a sandy brown colour. This was retained during the restoration, even though for the period being recreated, its seats would not have been painted. Now, with the 2016 season drawing to a close, 236 has been brought into the workshop where its seats are being stripped back to bare wood ready to be varnished. This will create a much more authentic appearance which will be unique to this car, as the three remaining Boats in Blackpool all have painted seats. 236‘s improved appearance should be something to look forward to for next year, and will give a much better impression of how these much-loved trams looked when new. To carry out such a painstaking task will no doubt be time consuming, but will be much appreciated when the tram runs again in 2017. 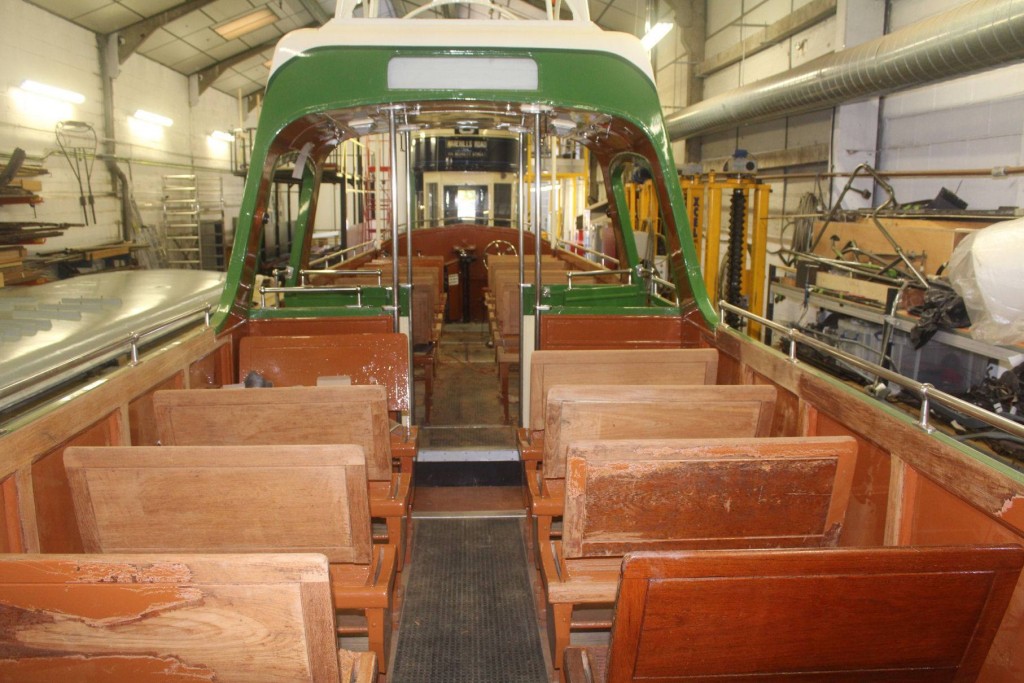 A general view of Blackpool 236's interior - if it can be called that! - with the seats under attention in the museum workshop. 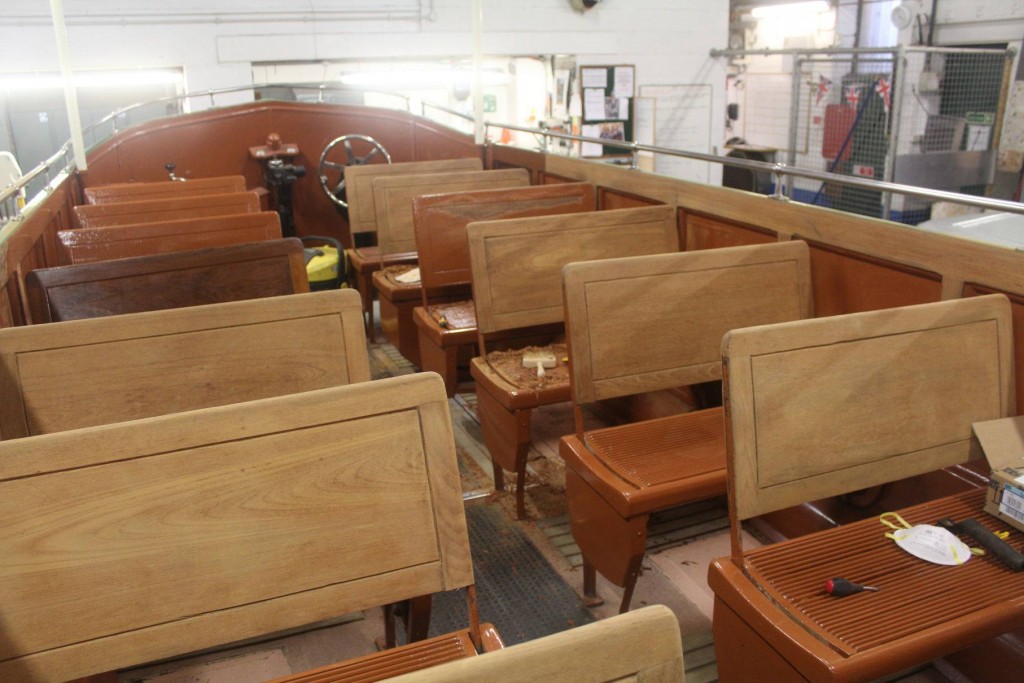 A closer look at some of 236's seats with the woodwork in the process of being paint stripped. (Photos x 2 by Peter Whiteley)

6 Responses to Boat 236 gets stripped