Posted on Tuesday 18 October 2016 by Gareth Prior

Glasgow 22 is approaching a return to service at Crich with extensive test running taking place before it can be cleared to rejoin the operational fleet. 22 last ran in service at the end of the 2014 season at which point it was withdrawn from service requiring workshop attention which has been taking place over the last 18 months. The overhaul has taken longer than originally envisaged and has included a lift but the tram started to run under its own power again during September. It is not expected that 22 will return to service before the end of this season but this workhorse of the Crich fleet looks set to be part of the operational fleet from the start of the 2017 season. 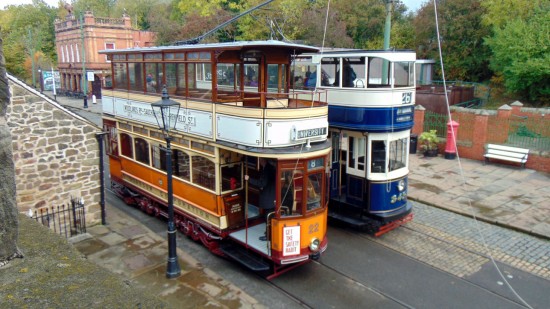 22 is seen alongside one of the passenger trams in use on 18th October, Leeds 345, at Stephenson Place. 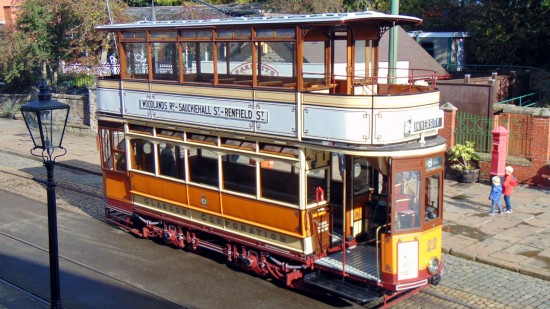 22 stands alone at Stephenson Place during testing on 18th October. 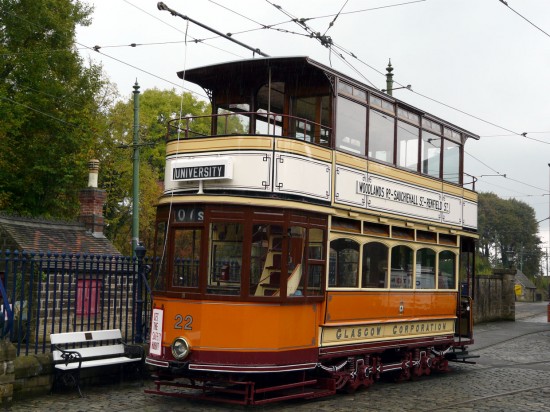 22 on the depot fan following its morning tests on 18th October. (All Photographs courtesy of Crich Tramway Village)